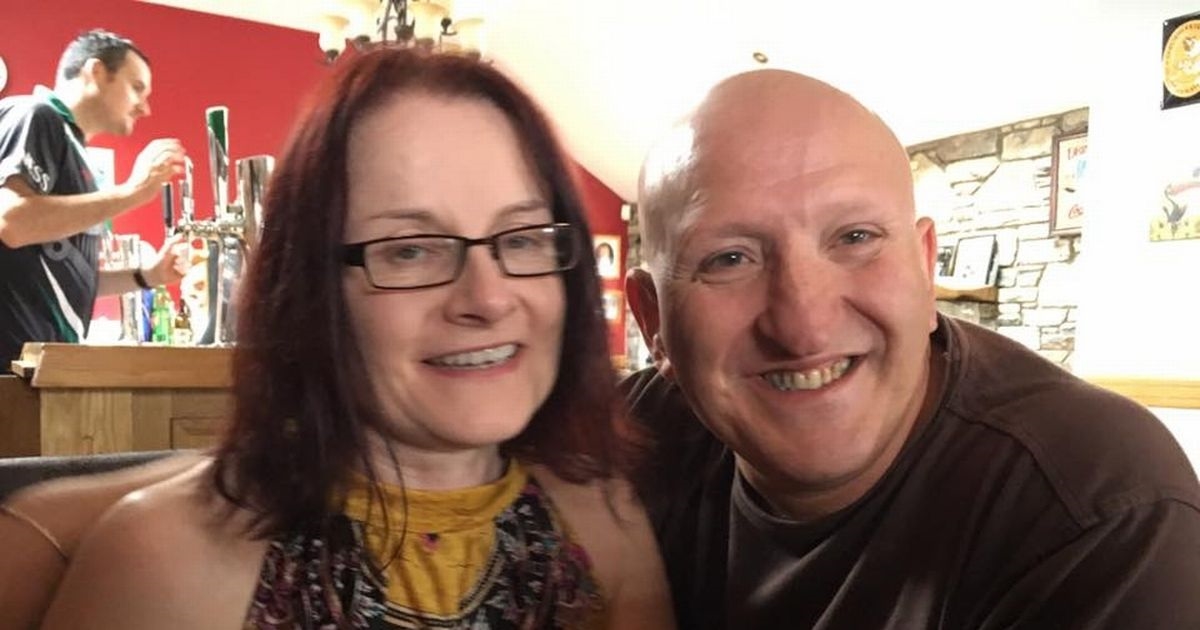 A call centre worker who quit her job in disgust after her boss ordered her back to her desk during the Covid-19 pandemic has won more than £15,000 in damages.

Administrator Bridget Regnante, 51, said she was too terrified to give up her work from home status as her 66-year old husband was shielding following treatment for cancer.

But her team leader Lawrence King suggested she was exaggerating her situation as she made regular shopping trips to Tesco to buy groceries for herself and husband of eight years Giuseppe.

He even advised her to move into a hotel simply so she could be in the office.

Eventually Mr King said if Mrs Regnante wanted to work from home he would place her on unpaid leave instead.

He added: “You will need to come to work effective from after your lunch break today recognising social distancing.

“If you decide that you do not want to go ahead with this, then you will be on unpaid leave until you feel safe to return to work.

“As you know, the country is on a standstill and as key workers, we all need to work together to get through this. If the service requires you to work in the call centre, we will continue to request this from you. This is a suitable expectation.”

Mrs Regnante, of Worthing, West Sussex subsequently quit her job at Essex Care Limited which provides care and equipment to people in their homes. She later sued for constructive and unfair dismissal saying she was left “hurt” by Mr King’s treatment.

At a tribunal she won £15,760.32 including £5,500 compensation for detriments she suffered on health and safety grounds after her husband represented her during the online hearing.

The hearing was told Italian-born Mr Regnante who runs a construction business had been diagnosed with stomach cancer in July 2018 and subsequently underwent extensive chemotherapy and operations to remove his spleen and stomach.

When lockdown began in March 2020, Mrs Regnante was so worried her husband was at risk of the virus she would wash all their groceries before taking a shower and the couple slept in separate rooms.

She barely left their property and would only make the trips to her local Tesco during quiet periods as there was a three-week waiting list for online deliveries.

She was initially allowed to work from home but her company laptop was not always working and phone calls were not routinely diverted to her at home.

By April 2020, just weeks after the lockdown began, Mr King was said to have grown impatient with her, claiming she was only capable of doing 50% of her work from home.

On a Sunday Mrs Regnante was called in to carry out an evening shift for the call centre at the firm’s Worthing office to discover she was covering for a colleague who had Covid symptoms and whose son was in hospital with the virus.

On arrival back home she emailed Mr King saying: “When you rang me today to ask me to do the call centre shift, I was a bit taken aback that you asked me, given the fact that I am social distancing for 12 weeks due to Giuseppe being at high risk and shielding.

“He does not leave the house at all and I go out only for a walk, to go to get groceries to get any medication he needs.

“I said ‘yes’ as I was caught on the hop and didn’t have time to think. A little later, I thought that I could touch infected surfaces and felt ill at ease, but then I thought, I will do this shift and no others, and remember to wash hands, use hand gel and be generally very careful.

“I don’t know what you were thinking asking me to come to the office with this whole situation going on. I am now terrified that I will bring/already have brought it into the house. I cannot come to the office again to do call centre shifts. I need to protect Giuseppe.”

But Mr King retorted: “I gave you the option to come into the office yesterday to work in the call centre. You can easily practice social distancing as you know you can work from the back office where you can work alone listening to the phone ringing) and it is easy to distance yourself from CCA’s coming into the office.

“Secondly, I am very concerned that you feel coming to an empty office is a concern but, as you stated on the phone, going to Tesco to do a weekly shop is still something you continue to do. We have been following the guidelines set out by the government and by allowing you to work at home, during normal office hours, is more than acceptable.”

He later sent her a spreadsheet to complete so he could see what she was doing all day and challenged nine answers Mrs Regnante gave when asked to complete a work from home questionnaire.

When Mrs Regnante was advised by her IT colleagues to made a two hour round trip to Essex to get her officer latop fixed, Mr King questioned why her husband drove her.

When lockdown began in March 2020, Mrs Regnante was so worried her husband was at risk of the virus she would wash all their groceries before taking a shower and the couple slept in separate rooms (

The hearing was told the firm had installed hand sanitiser units around the office and provided the 15 staff who worked there with masks, antibacterial wipes, tissues and hand cream and staggered start times in a bid to make the area “Covid safe,”

But Mrs Regnante said there was little evidence of any precautions when she came in for her evening shift and she eventually messaged her manager saying: “Giuseppe is at very high risk of becoming seriously ill if infected, I cannot risk becoming infected and feel that coming to work would leave me exposed to potentially contaminated surfaces and it is difficult to social distance all of the time, with the best of intention.

“With COVID-19 being such an infectious disease, I don’t believe we can be certain of not contracting it if it is present around us.

“With my husband having two vital organs missing affecting his immune system and having had chemotherapy in the past 12 months, I will not take the chance of this happening.

“I know there probably are people working across the company who live with people who are Shielding and who work at ECL sites. However, this is very much their call to make and we are all different.

“The Government advice from the beginning has been very clear, i.e. that people must work from home, unless it’s absolutely not possible to do so, I hoped my managers would be able to accommodate me with this situation but I have no alternative but to reluctantly hand in my notice, in order to protect my husband from any risks that attending the office would entail.

“I do not have confidence that the measures put in place at the Worthing office will be effective, due to its size and the amount of people working in the said environment.”

In his ruling, Employment Judge Eoin Fowell criticised Mr King for being “blunt, uncompromising, hostile and unsympathetic” in his emails to Mrs Regnante her and added: “The thrust of the government guidance was that the population in general, and Mrs Regnante in particular, should have stayed at home unless absolutely necessary.

“That guidance also placed an obligation on the employer to help her with that and to discuss things with her but it does not seem that much was done to facilitate her working from home.

“She had some IT equipment, which was problematical, and the onus was put on her to sort it out. That put her in the difficult position at one stage of a long drive to Brentwood, at a time when police were stopping cars thought to be making unnecessary journeys, and the company then sought to use that journey as a reason why she should be able to work in the office.

“The vast majority of her tasks could have been done at home but the company appears to us more concerned with fairness arguments, which essentially boil down to asking, “Why should she get away with being at home?” The emphasis placed by the company on getting her back into the office seems out of all proportion to the benefit to be gained by the company.

“It is particularly surprising that the company would go to the extreme of suggesting that she go to live in a hotel, which would probably cost more than her wages just so she can be back in the office from time to time.

“Fundamentally, she was an administrator, working in a support role, with a clinically extremely vulnerable husband, who was able to do most of her work from home.

“The risk to Mr Regnante, if he caught Covid, was very serious. Even a 1% chance of bringing Covid into the house would quite reasonably be viewed as an unacceptable risk.

“There was no real recognition anywhere that Mrs Regnante genuinely believed she was putting her husband’s life at risk if she came into the office.

“The difficulties of working from home seem to have been exaggerated and escalated unnecessarily.”