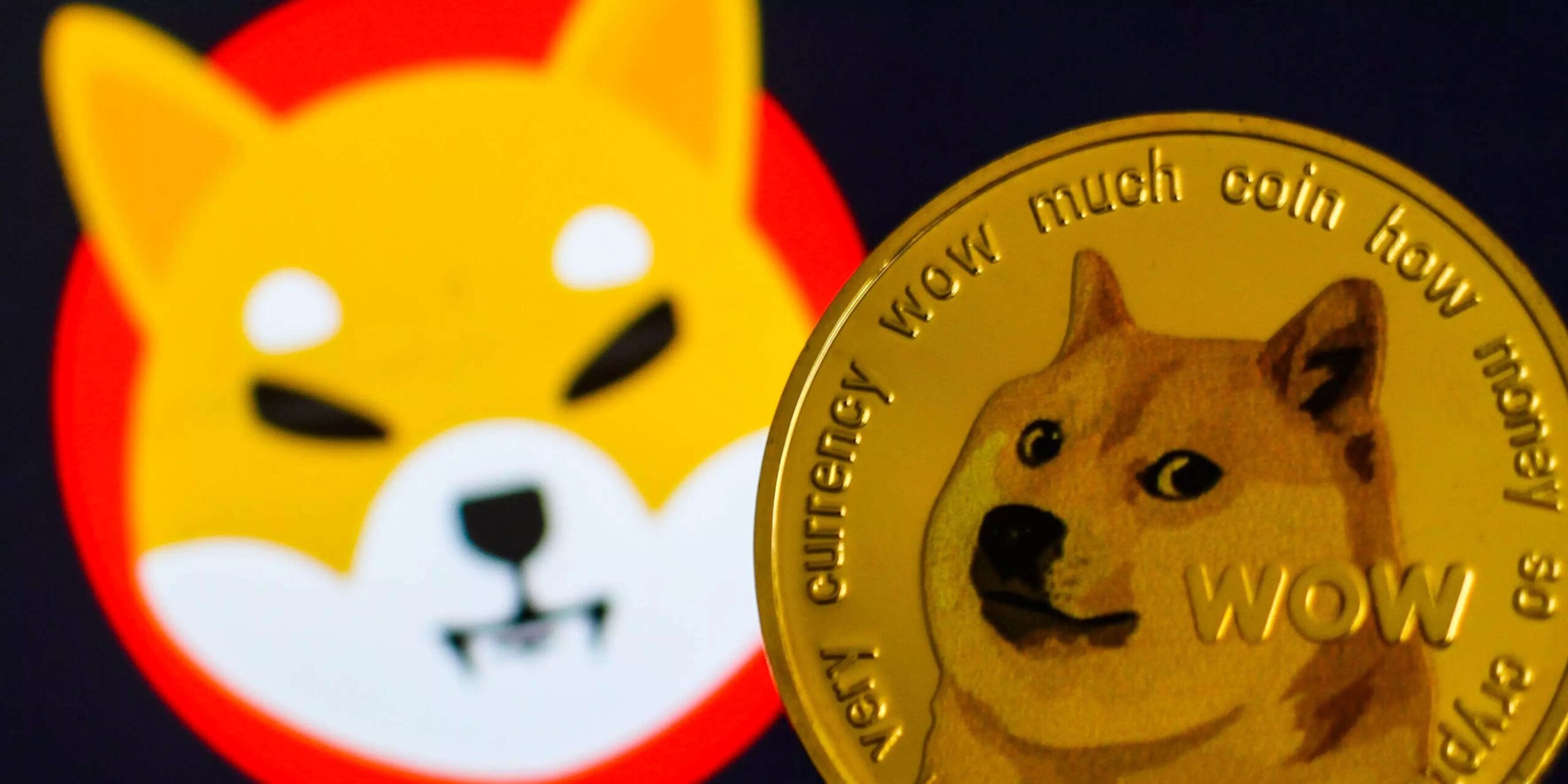 Altcoins have been a major driver of the booming cryptocurrency market, which briefly topped a $3 trillion capitalization in 2021, with shiba inu and others leading in value and popularity growth, according to analysis published Monday.

Bitcoin remains the biggest cryptocurrency with a roughly 42% volume dominance and a $1.1 trillion market capitalization, and its skyrocketing price has captured attention and funds from institutional and retail investors.

“And while Bitcoin is undoubtedly still the king of cryptocurrencies, there are thousands of other coins and tokens, some of which have actually enjoyed greater surges in popularity and price than Bitcoin in the last twelve months,” said BrokerChooser, an international broker comparison website, in a report.

​​The company, which hosts reviews of brokers in 227 countries and territories, said it compared interest via Google search data and price in terms of US dollars between September 2020 and September 2021 for the 50 current biggest crypto coins.

Shiba inu increased the most by each measure, with its value surging by 2.4 million percent over a 12-month period ended September 2021. A recent rally shot shiba inu to the 11th spot among the world’s most valuable cryptocurrencies, a position that has since slipped slightly, to 12th place, according to CoinGecko.

Dogecoin came in second on the list of price increases at 9,567% growth this year.

“Envisaged as being a light-hearted and fun cryptocurrency to poke fun at the emerging world of crypto, [dogecoin] ended up building its own community and taking off in a huge way, particularly after being frequently mentioned by Elon Musk on social media,” said BrokerChooser, noting the Tesla boss has said dogecoin is part of his personal portfolio.

Behind dogecoin was Terra, which trades as LUNA, with its price jump of 6,496% to $31.66 in September. The token, developed by South Korean firm Terraform Labs, is used for governance and staking on a decentralized financial payment network that powers a basket of stablecoins for cross-border transactions.

Terra’s price “exploded” in January when it raised $25 million in a funding round from Galaxy Digital, Coinbase Ventures, Pantera Capital, and others, said BrokerChooser.

Rounding out the top three in popularity terms, polygon searches surged by 100,456% to 90,500, followed by Terra, up 5,556% to 18,100. Polygon, formally known as Matic, is designed to scale ethereum chains and develop the blockchain’s infrastructure.

Polygon was the fourth-biggest price gainer, up 4,800% to $1.47. Solana ranked fifth with a rise of 2,458% to $111.03. Solana’s popularity has been fueled by bets it will overtake ethereum in the world of smart contracts and by growth in play-to-earn games.

​​The company, which hosts reviews of brokers in 227 countries and territories, said it compared interest via Google search data and price in terms of US dollars between September 2020 and September 2021 for the 50 current biggest crypto coins.