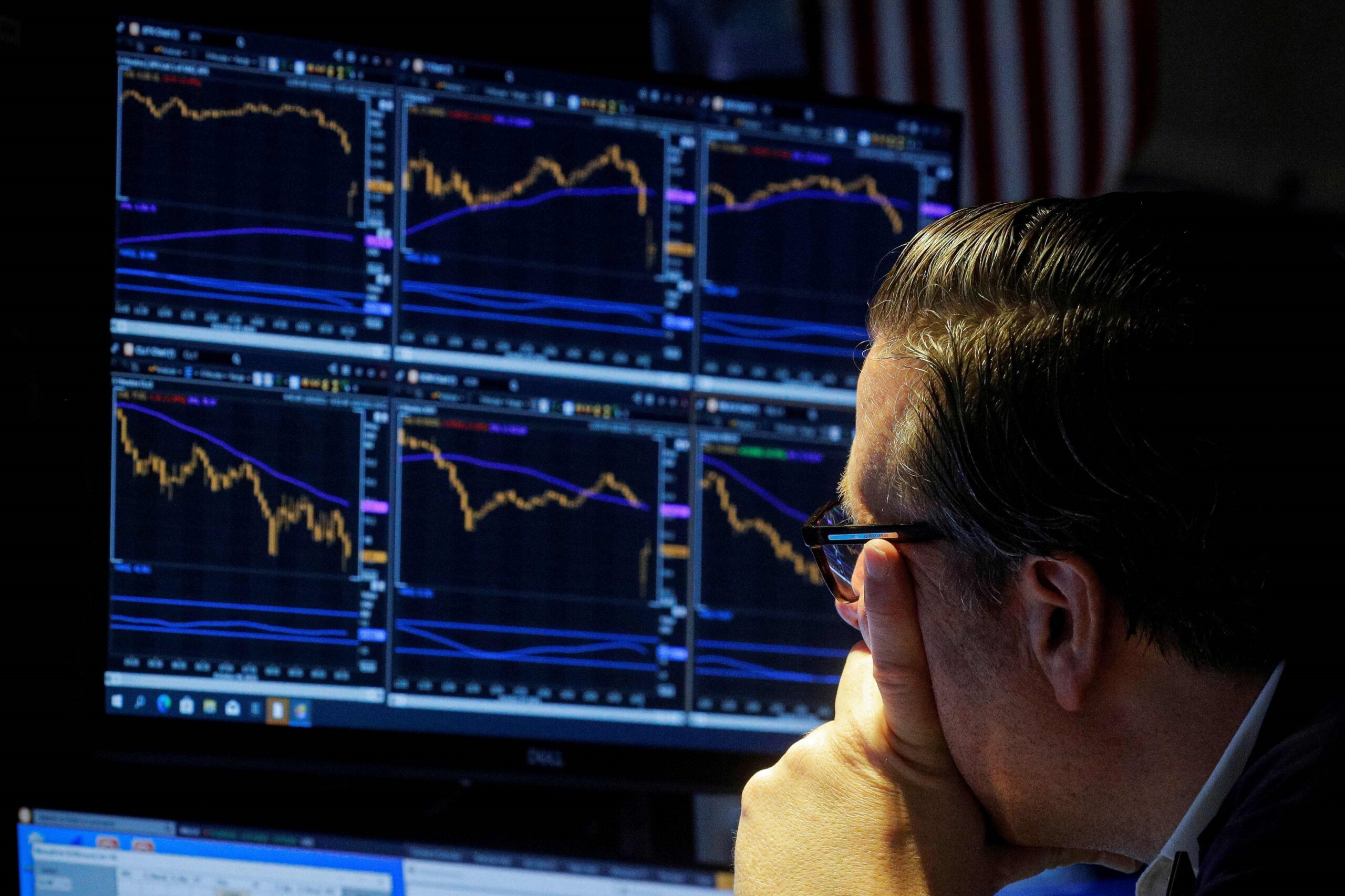 A specialist trader works inside a booth on the floor of the New York Stock Exchange (NYSE) in New York City, October 6, 2021.

Stocks proved hard to keep down this week, and the start of the earnings season next week could further bolster the comeback if profits roll in as expected or better.

The major averages notched a winning week after overcoming a debt ceiling debacle in Washington. Lawmakers passed a short-term deal that will extend the debt ceiling until December, kicking that overhang for the market down the road.

“In the face of Washington drama, delta worries, multiyear highs in crude oil, and a much weaker than expected jobs number, you have to be impressed by how stocks were able to bounce back this week,” LPL Financial chief market strategist Ryan Detrick said.

A market pullback that began in September brought the S&P 500 down more than 5% from its record at one point Monday, before stocks mounted a comeback. For the week, the S&P 500 added back 0.8% and sits just 3.4% away from its record.

Goldman Sachs stuck by its bullish year-end forecast earlier this week, predicting stocks would start to climb the wall of worries. And they did.

Goldman chief U.S. equity strategist David Kostin said in a note to clients that his year-end S&P 500 price target for 2021 is still 4,700, which is nearly 7% above its current level.

The firm said earnings growth, not valuation expansion, was the primary driver of the S&P 500’s 17% return year to date, adding that should still be the case.

“We’ve seen some record earnings seasons the past few quarters, so all eyes will be on if earnings can help justify stocks near all-time high levels,” Detrick said. “We do expect another solid earnings season, but we’ve seen some high profile warnings already, so corporate America could have a rather high bar to clear this quarter. Buckle up.”

Bank earnings are the main focus next week with JPMorgan Chase, Bank of America, Morgan Stanley, Citigroup and Goldman Sachs set to report.

After a range-bound few months for bank stocks, analysts are looking ahead to catalysts that could fuel the next phase in their recovery. Wall Street expects loan growth, interest rates and reserve releases to play into the major banks’ reports.

“Earnings for the third quarter quarter should again be strong and mostly outpace expectations,” Leuthold Group chief investment strategist Jim Paulsen said. “Hours worked in the third quarter rose by about 5% suggesting real GDP for the quarter may be close to 7%. With most companies reporting strong pricing power, solid real GDP growth should result in another surprisingly strong corporate earnings season.”

“I think the stock market is already showing signs of a leadership shift away from slow economic growth favorites including growth, tech, and defensive toward more the economically sensitive areas of small caps and cyclical sectors,” he added.

While the earnings season should be strong, there are likely to be some warning signs about inflation and supply constraints that could scare the market about the year-end set-up.

“The risks of higher inflation, Fed tapering and what will likely be a choppy earnings season are still with us,” Bleakley Advisory Group chief investment officer Peter Boockvar said.

There was some foreshadowing of this last week, when Bed Bath and Beyond shares cratered 25% after the company said it saw a steep drop-off in traffic in August. Bed Bath & Beyond saw inflation costs escalating over the summer months, especially toward the end of its second quarter in August, which corroded profits.

What investors know going into the third quarter — from company guidance — is that there could be haves and have nots this earnings season.

The headline jobs number Friday was a major disappointment, as the economy added just 194,000 jobs in September, well below the the Dow Jones estimate of 500,000. On the positive side, the unemployment rate fell to a much lower point than economists forecast. At 4.8%, that’s the same level seen in late 2016.

It’s unclear if the number changes the calculus for when and how fast the Federal Reserve will slow its $120 billion-per-month bond-buying program.

“In our view these figures are good enough, and when combined with the debt-ceiling can being kicked down the road, likely solidifies November as ‘go time’ for tapering,” Wells Fargo Securities senior equity analyst Christopher Harvey said.

“We continue to expect a choppy equity market rally and a two-to-four-week tech bounce, but the bounce probably peters out next month when the Fed says those magical words: We will begin to taper,” he added.

— with reporting from CNBC’s Michael Bloom.

The major averages notched a winning week after overcoming a debt ceiling debacle in Washington. Lawmakers passed a short-term deal that will extend the debt ceiling until December, kicking that overhang for the market down the road.