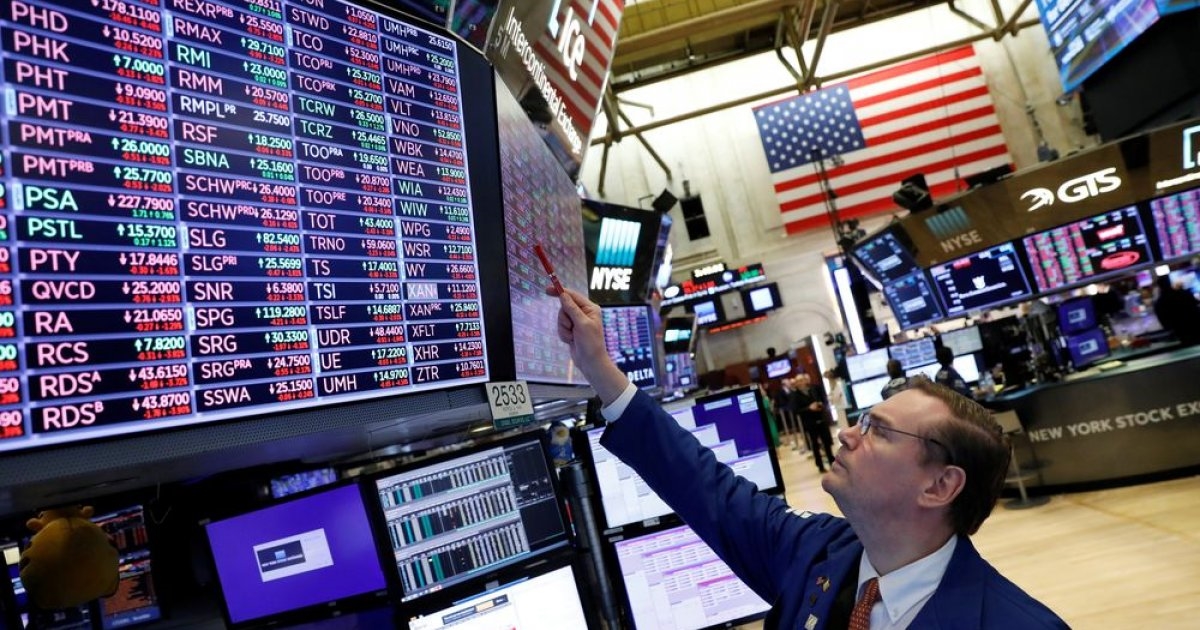 NEW YORK, April 23 — Investors are hoping a flood of US quarterly reports next week, including those from megacap growth titans, will confirm a solid profit outlook for corporate America and bolster the case for stocks after a rocky start to the year.

Nearly 180 companies in the S&P 500, worth roughly half of the benchmark index’s market value, are due to report results next week. They include the four biggest US companies by market capitalization: Apple, Microsoft, Amazon and Google parent Alphabet.

The latest round of earnings comes amid a backdrop of hawkishness from the Federal Reserve and a rapid rise in bond yields that has sparked unease about whether policymakers will damage the economy as they fight the worst inflation in nearly four decades. The S&P 500 has moved lower in April and was down 10.4 per cent so far this year after a sharp selloff yesterday.

With monetary policy weighing on stocks, bullish investors are counting on a solid corporate outlook to support markets, ratcheting up pressure on companies to report solid bottom-line results and forecasts. S&P 500 companies are estimated to increase earnings by 9 per cent this year, according to Refinitiv IBES.

“It’s probably the strongest argument you can make for owning stocks at this point, that corporate profits are still very robust,” said Charlie Ryan, portfolio manager at Evercore Wealth Management. “Any degradation in corporate profit growth and the cadence of that would spook the market.”

So far, investors have been quick to punish shares of companies with disappointing results, particularly those that carry expensive valuations. One recent casualty has been Netflix NFLX.O, whose shares tumbled around 35 per cent in a single session after the streaming giant reported its first drop in subscribers in a decade.

Though stocks have declined year-to-date, the S&P 500 still has been trading at about 19 times forward earnings estimates, above its long-term average of 15.5 times.

“We are in a show-me type of environment. I think next week is critical for tech and high growth names, especially the higher valuation stocks,” said Anthony Saglimbene, global market strategist at Ameriprise. “They better prove that they deserve these multiples right now.”

Investors will zero in on results from Apple, Microsoft, Amazon and Alphabet, which combined have a market value of about US$8 trillion and make up one-fifth of the weight of the S&P 500. All of those megacap stocks have declined this year, with Apple down about 9 per cent, Amazon off 13.4 per cent, Alphabet down 17.4 per cent and Microsoft falling 18.5 per cent.

Earnings expectations for these companies are subdued for the quarter ended in March. Microsoft is expected to have increased adjusted earnings per share by 12 per cent from the year-earlier period, Apple by 2 per cent, while Alphabet is seen posting a 0.7 per cent dip and Amazon reporting a 49 per cent drop, according to Refinitiv data. S&P 500 companies overall are expected to increase quarterly earnings by 7.3 per cent.

“Expectations are low, but that doesn’t mean it’s not important,” said James Ragan, director of wealth management research at DA Davidson. “If we are going to hit that 9 per cent (earnings growth) for the year or even better than that, it’s hard to imagine we are going to do that without having better-than-expected earnings from the megacap companies.”

Aside from the top four firms, results are due next week from a range of companies including Facebook owner Meta Platforms, payment companies Visa and Mastercard, oil majors Chevron and Exxon Mobil, and consumer companies Coca-Cola and Pepsico.

Beyond the bottom line results and financial outlooks, investors also will be looking to see if companies can maintain their profit margins as inflation threatens to drive up their input costs. S&P 500 companies should see net income margins dip to about 13 per cent in 2022 from a record 13.4 per cent last year, JPMorgan said in a note this week.

Of 99 S&P 500 companies that have reported so far, 77.8 per cent reported earnings above analysts expectations, Refinitiv IBES said. That rate is above the typical beat rate of 66 per cent for a quarter since 1994, but below the 83 per cent rate over the past four quarters.

“The stock market is … waiting for this barrage of earnings,” Saglimbene said. The market is “beholden to what companies say about the second quarter and beyond.” — Reuters