Stablecoin Supply Breaks $10B as Traders Demand Dollars Over Bitcoin 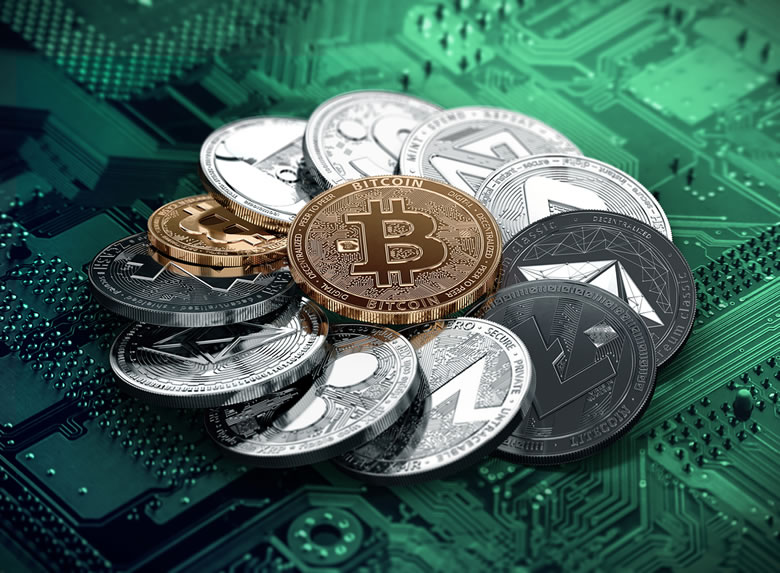 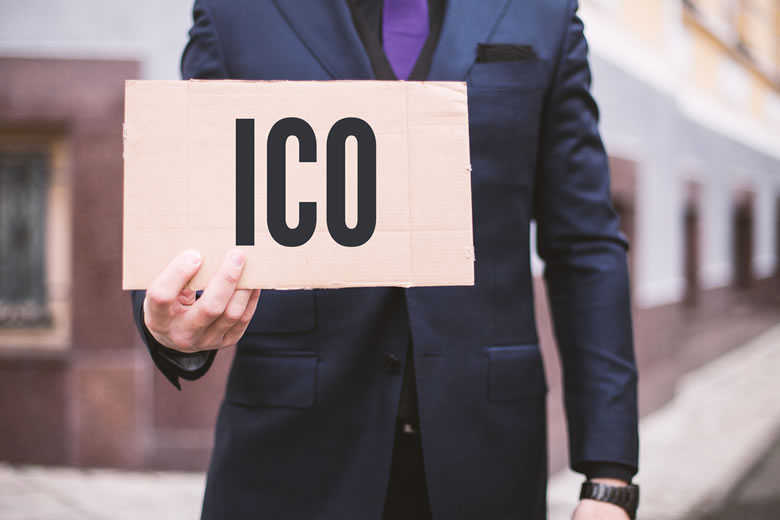 The value of assets for all stablecoins surpassed $10 billion Tuesday, having surged by over 70% in just two months, according to Coin Metrics. Stablecoin supply growth comes as more cryptocurrency traders choose to trade alternative cryptocurrencies (or altcoins) using dollar-backed digital tokens instead of bitcoin.

Most of the stablecoin growth comes from tether, which represents almost 90% of the total stablecoin supply. The largest tether markets measured by traded volume are supported by two Asia-based exchanges, Binance and Huobi, according to CoinGecko. Both exchanges support nearly 200 different cryptocurrencies, which makes them attractive platforms for altcoin traders.

Almost every exchange offers the choice to trade assets priced in different quote currencies, usually dollars or bitcoins, which determine the value of alternative cryptocurrencies.

Altcoin traders have historically preferred to use bitcoin or even ether as the currency that prices other tokens. But during the past two years, that trend has shifted significantly. Now they mostly trade against stablecoins.

A growth in trading stablecoin quote pairs coincides with considerable overall growth in total altcoin trading volume, according to data from Nomics. But that growth excludes ether and bitcoin quote pairs, which have mostly stayed below their volume highs made in late 2017.

The stability of dollar-backed tokens is a primary advantage over using bitcoin as the quote currency, according to one analyst.

“Stablecoins have always had an edge over bitcoin as a base trading pair because of its inherent price stability,” said Aditya Das, cryptocurrency markets analyst at Brave New Coin. “Stability means traders feel safer holding a stock of it and using it as a liquidity tool for trading.”

Demand for stablecoin quote pairs in cryptocurrency spot markets has influenced derivatives products as well. For example, BitMEX, the second-largest cryptocurrency derivatives market by open interest, is keenly aware of the shift in demand for more stablecoin-denominated trading products.

“We have noticed that traders prefer to trade pairs with USD-like denominations as dominance for altcoin trading moved from XBT-based Poloniex to USD- and USDT-based Binance and Coinbase,” said Greg Dwyer, head of business development at BitMEX.

“An upwards trend in appetite for stablecoin-quoted pairs makes perfect sense to me,” said Catherine Coley, CEO of Binance.US. “Before and during the 2017 bull market, you had the bitcoin OGs trading in bitcoin-quoted pairs,” she said.

But the newer generation of traders and investors “think in dollars and trade with stablecoins,” said Coley. 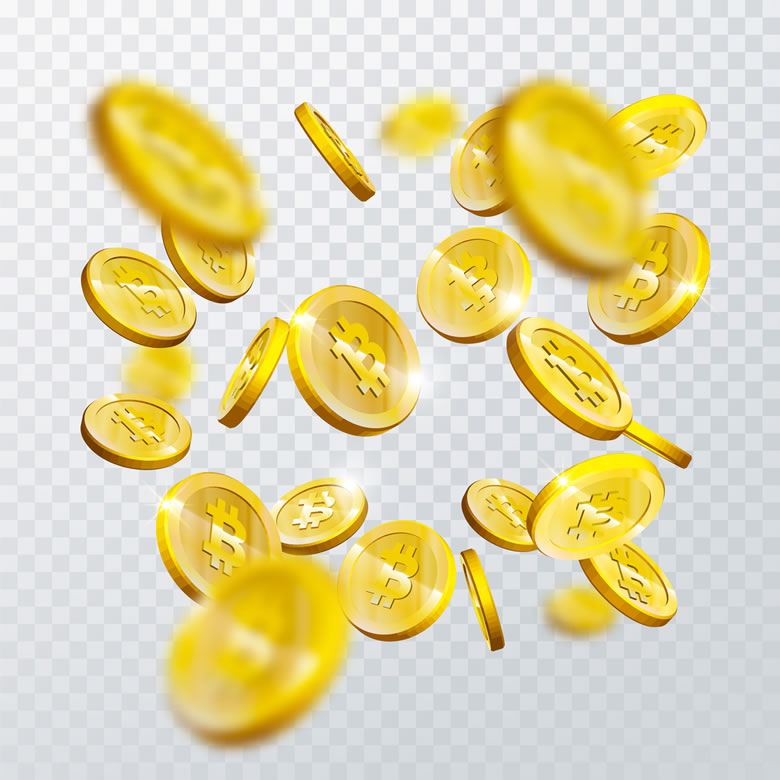 Why 2020 could be the making of cryptocurrencies 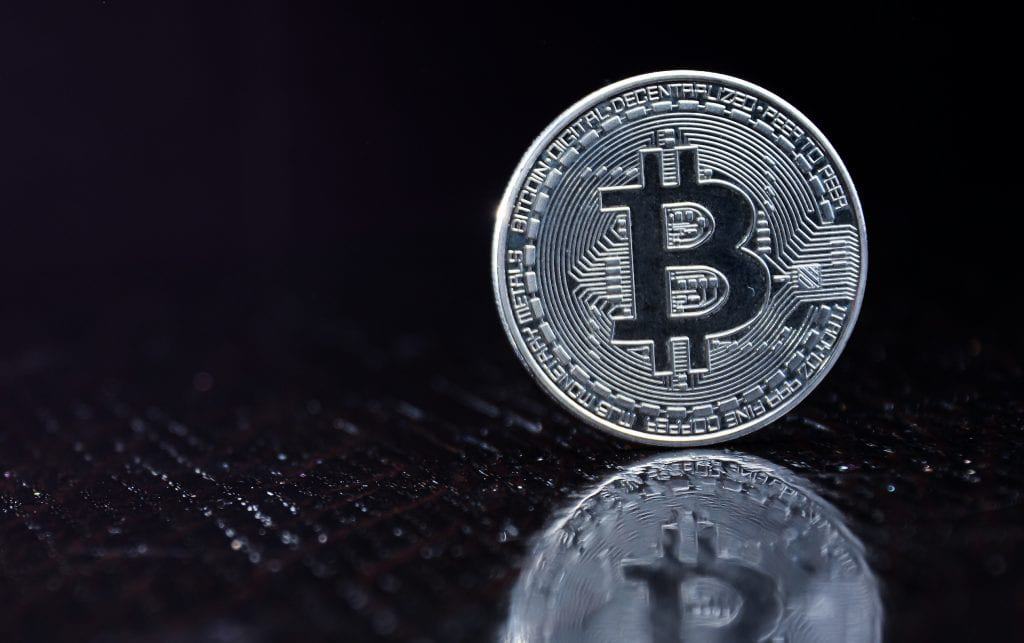 Necessity – according to the old saying – is the ‘mother of invention’. That’s why the ‘need’ prompted by the current coronavirus might well be the catalyst for change in a number of aspects of our lives in 2020. It’s also why some people are able to capitalise on a time of crisis to make money. Take a look, for example, at The Big Short (one of IG’s top trading books) to see how some people profited from the last economic crisis.

So, what about cryptocurrencies? Could this be a make or break year? Will this sector emerge a ‘winner’ with a more prominent role?

There were certainly those that saw the writing on the wall when the recent crisis first took hold. CNBC highlighted, for example, how cryptocurrencies had $93.5 billion wiped off their value on March 12 alone with bitcoin’s price crashing by 48%. Yet, while crypto critics rushed to point out that bitcoin wasn’t being seen as a ‘safe haven’, those early dips can largely be explained as being a result of the sort of volatility felt across all sectors, including the likes of forex. The month of April saw prices trend upwards, reaching the same levels seen in January 2020 and showing every sign of recovering the ground lost in March.

There are actually two big signs that this year could present an opportunity for cryptocurrencies to be further entrenched in the mainstream.

The first is the fact that this this crisis is, once again, shining a light on the weakness of the world’s monetary system. People may forget that cryptocurrencies rose to prominence, in part at least, thanks to the frustrations felt after the 2007/08 crisis. If this sews further discord in that system, it might serve to reinforce the reason for their existence. Depending on how badly things end up – and no-one can be sure of this yet – dissatisfaction with the status quo might well bubble up enough to force the financial revolution being threatened by cryptocurrencies.

But that’s not all.

There’s actually been a significant shift in the way policymakers have looked at cryptocurrencies. This is being driven by the new global standards being established by the Financial Actions Task Force (FATF), which are establishing a framework that cryptocurrencies previously lacked.

Writing for The Conversation, Iwa Salami highlighted these changes and their significance and explained: “It almost certainly means that bitcoin and other cryptocurrencies will probably not be killed off by the COVID-19 crisis or indeed any other market event. With the growing market in crypto lending, these services look pivotally positioned to replace traditional banking services in the coming years. If more countries make similar moves to the ones I’ve highlighted above, crypto-assets could even become entrenched in the financial mainstream very soon.”

Cryptocurrencies were born in a crisis – it might well be that they come of age in one too. If they do though, it won’t just be that the coronavirus has acted to create a necessity, it’ll also be thanks to the way in which legislators are starting to recognise and protect digital currencies. 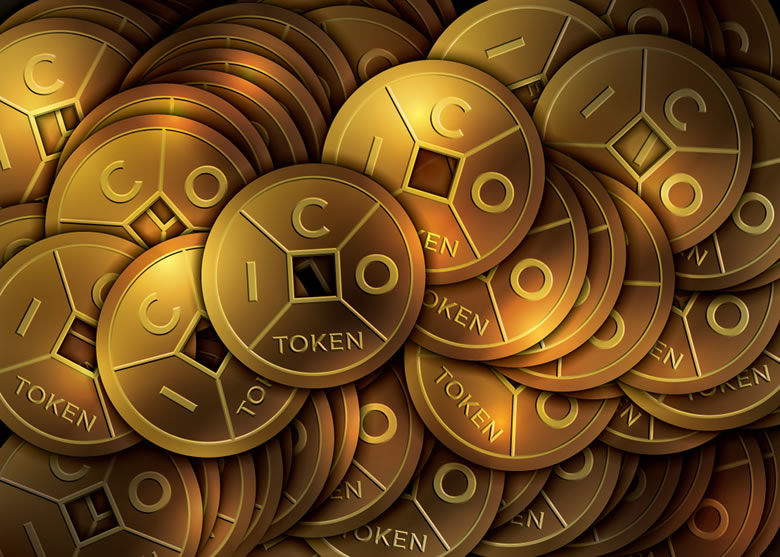 A lady wearing medical masks passes in front of a Bitcoin exchange shop in Krakow’s city center. On Saturday, April 18, 2020, in Krakow, Poland.

Central banks around the world are printing money to try to prop up the global economy. But for bitcoin, the world’s most popular digital currency, the opposite is happening. 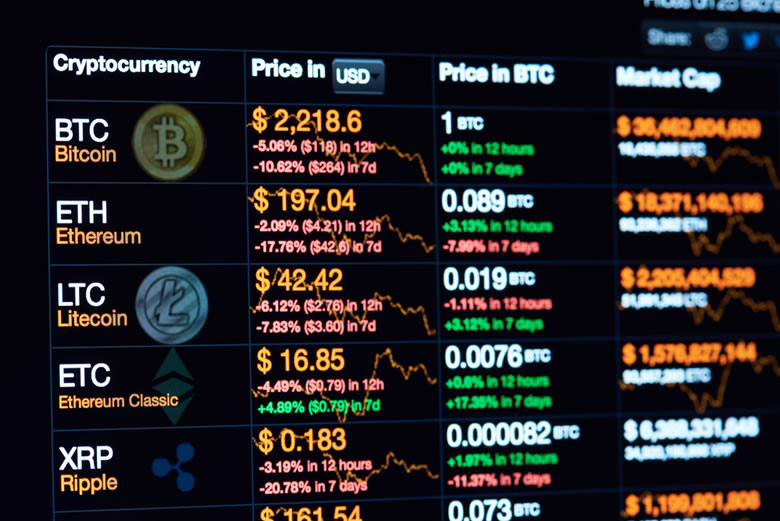 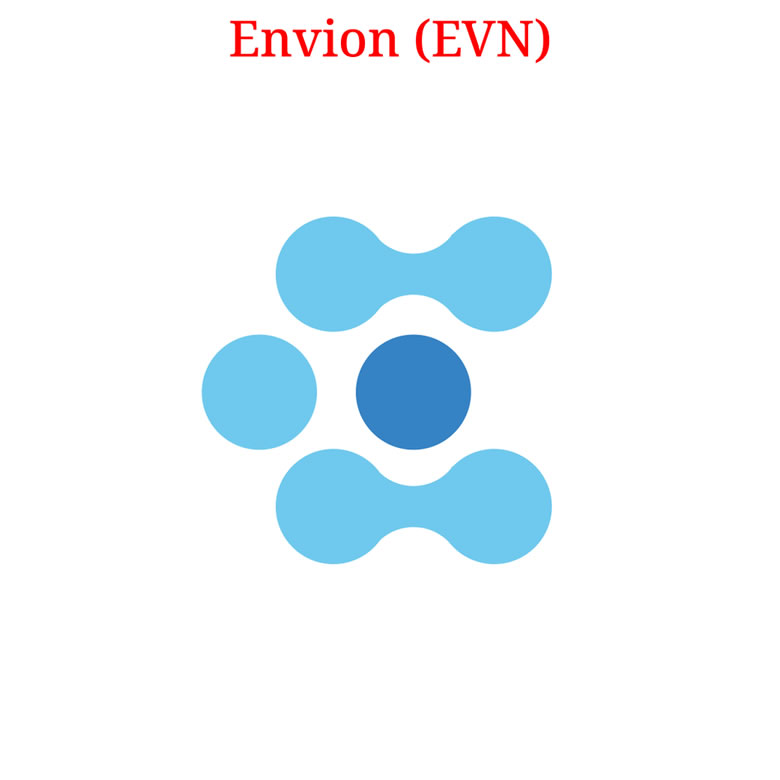 Telegram shuts down its cryptocurrency operation

After years of drama with the SEC, Telegram is calling it quits on its crypto-focused subsidiary, Telegram Open Network (TON).

“Telegram’s active involvement with TON is over,” wrote Pavel Durov, founder and CEO, in an announcement on his channel. “You may see – or may have already seen – sites using my name or the Telegram brand or the ‘TON’ abbreviation to promote their projects. Don’t trust them with your money or data.”

TON was a blockchain platform designed to offer decentralized cryptocurrency to anyone with a smartphone, in a similar fashion to Facebook’s Libra project (which has also faced significant scrutiny).

Last October, the SEC ordered Telegram to halt sales of its cryptocurrency (called Gram) after it failed to register an early sale of $1.7 billion in tokens prior to launching the network. The funds were raised in a series of what Telegram billed as pre-ICO offerings back in 2018, though the company ended up canceling the much-hyped ICO due (in part) to increased SEC scrutiny.

Durov spoke out against the ruling in his announcement, arguing that American courts shouldn’t have the power to stop the sale of cryptocurrency beyond US borders, and he urged others to take up the decentralization fight in Telegram’s stead. “This battle may well be the most important battle of our generation,” he wrote. “We hope that you succeed where we have failed.” 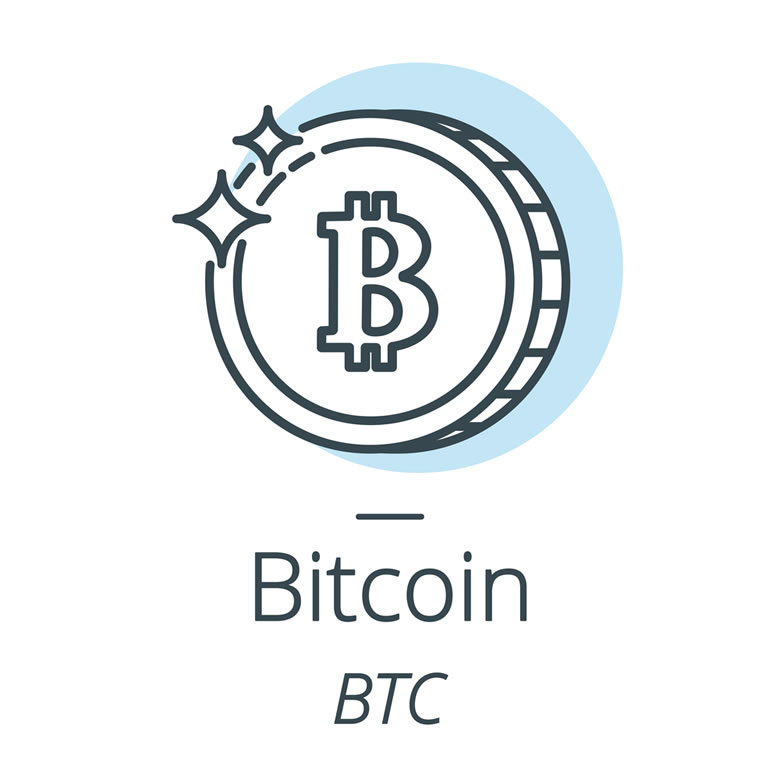 Welcome to the Oregon FBI’s Tech Tuesday segment. This week: building a digital defense against cryptocurrency scams. Fraudsters are leveraging increased fear and uncertainty during the COVID-19 pandemic to steal your money and launder it through the complex cryptocurrency ecosystem.

Developments in technology and an increasing number of businesses accepting it as payment have driven the growing popularity and accessibility of cryptocurrency. There are numerous virtual asset service providers online as well as thousands of cryptocurrency kiosks located throughout the world which criminals exploit to facilitate their schemes.

Here are some cryptocurrency fraud schemes related to COVID-19:

Blackmail Attempts. For some time, fraudsters have used extortion to try to get you to pay – sending messages claiming to know your “dirty secrets” or to have access to your personal information. There’s a new double twist on this now. First, scammers are likely demanding payment in cryptocurrency. Also, with the arrival of COVID-19 they are threatening both to release your information and to infect you or your family with coronavirus unless you pay.

Paying for Non-Existent Treatments or Equipment. Scammers have been known to lure customers from trusted e-commerce sites to unrelated and unregulated messaging sites offering products that claim to prevent COVID-19. There, they work to get you to use cryptocurrencies for products that do not actually exist.

Investment Scams. Criminals often pitch fraudulent investments in “new” technology. Right now – such offers related to cryptocurrency are popular, including pitches for what’s called an initial coin offering (ICO). These scams typically involve scenarios that seem “too good to be true”—offering large returns for a short-term, small investment. The reality is that scammers steal the investment money for themselves and use the complexities of cryptocurrency to make it difficult for you to recover your money.

A number of legitimate charities, investment platforms, and e-commerce sites accept payment in cryptocurrency these days. But, if a person or organization is pressuring you to use a virtual currency, you should consider that a red flag and proceed cautiously.

Here are some other ways to protect yourself from cryptocurrency fraud:

Verify that a vendor or charity is legitimate and that it does, indeed, accept cryptocurrency before sending payments or donations.

Contact law enforcement before paying someone who is trying to blackmail you.

As always, if you have been victimized by a cyber fraud, you can report it to the FBI’s Internet Crime Complaint Center at?www.IC3.gov. 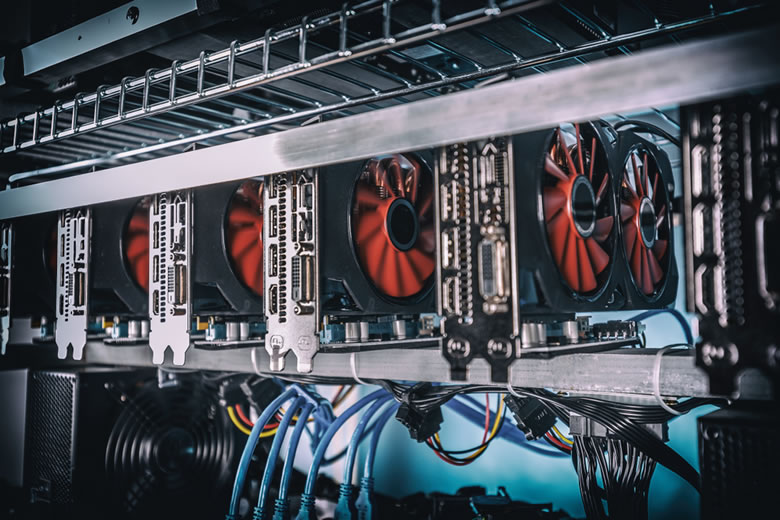