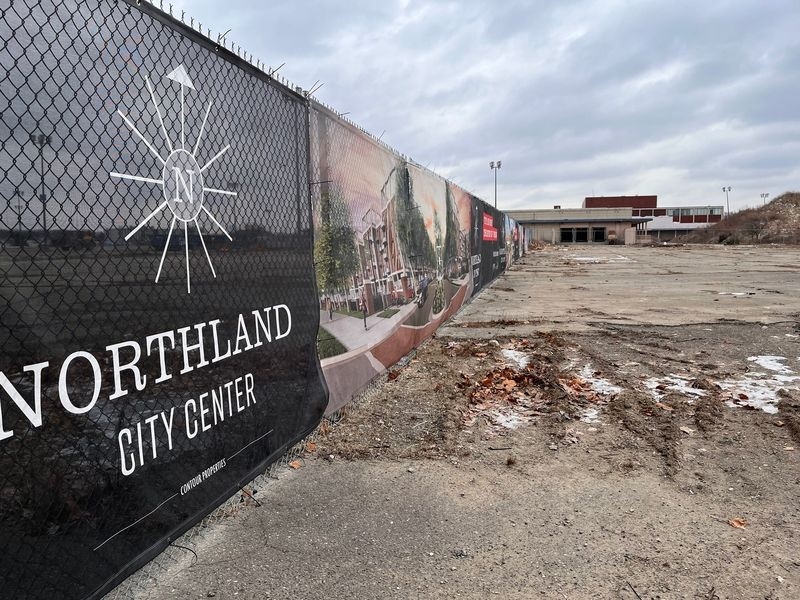 Sometimes a second bite at the apple doesn’t hurt.

After a failed effort several years ago to lure the state’s first Costco Business Center location to the Northland Center site as well as an Emagine Entertainment Inc. movie theater, Southfield’s mayor says there may still be reason for hope.

The Costco Wholesale Corp. (NYSE: COST) concept geared toward small businesses and restaurants as well as the Troy-based theater chain have renewed talks to take space there as part of the site’s redevelopment, Mayor Kenson Siver told me last week after some interesting language on a marketing brochure sparked my intrigue.

First, a bit of background: Siver told me in November 2020 that the Issaquah, Wash.-based warehouse-style shopping giant’s concept was just one of the possible reuses for the site which had sat fallow for years prior to its $11.1 million purchase by Bloomfield Hills-based Contour Companies LLC, which plans an ambitious reuse of 97 of its 120 acres.

Yet those users flamed out, Siver said more than a year ago when plans for the shuttered mall, built in 1954 and enclosed two decades later, were first revealed.

Which leads me to last week, when I noticed that on a Farmington Hills-based Friedman Real Estate brochure marketing the site to users, one of the bullet points says “Come join Emagine Theater.”

Siver confirmed that “they were in discussions” as recently as “two or three months ago” with Emagine, which led me to ask whether Costco might also have renewed talks.

Siver confirmed there are discussions about Costco Business Center after I asked about the store but declined additional comment.

Alan Stern, senior vice president of brokerage services for Friedman Real Estate, said last week “we are having discussions” with Emagine but also said he was “not aware” of any negotiations regarding Costco Business Center, which has also looked in Troy as a possible location for its first Michigan outpost, I’m told by someone familiar with the matter.

Emails and a voicemail to Paul Glantz, Emagine’s founder and chairman, were not returned. The voicemail box at Dedvukaj’s office was full. Costco, through a spokesperson, said in an email Tuesday afternooon that it does “not comment regarding future Costco warehouses or Business Centers until we are ready to share details about the new location (usually 2-3 months in advance).”

There are currently only about 15 Costco Business Centers around the country, with the nearest being in suburban Chicago.

They are open to all Costco members and typically open earlier in the day and, according to Costco’s website, more than 70 percent of the merchandise is not found in a Costco Wholesale warehouse store. They typically sit on 10 to 12 acres vs. 14 to 16 acres and are about two-thirds the size, coming in at about 115,000 square feet compared to 150,000 square feet for a normal Costco.

Contour’s ambitious vision for the Northland site was to bring 2,885 apartments, lofts and townhouses across three different components, plus converting the old Hudson’s store into 337,000 square feet of food, home furnishing and entertainment space akin to Ponce City Market in a former Sears Corp. catalogue facility in Atlanta.

Northland Center was the largest shopping mall in the world when it opened in 1954 at what the Detroit Historical Society says was a cost of about $30 million. It was enclosed two decades later. Its mix of other amenities, including things like auditoriums, art, fountains and landscaping, were models for malls across the country, the historical society says.

Bruce Kopytek, Contour Companies lead architect, sometimes posts current photos from the property in this Facebook group if you want to get a glimpse inside.

Public records show that a few more slivers of land can be added to the list of those assembled in recent months in the District Detroit.

Several other pieces of land on the block bounded by Elizabeth Street to the north, West Adams to the south, Cass Avenue to the west and Clifford Street to the east sold. Property records show deeds dated Nov. 5 for properties at 228 W. Adams, 248 W. Adams and 223 W. Elizabeth totaling 0.206 acres and selling for an estimated $2.33 million.

Assuming, as I do, that 204 Adams LLC is controlled by the Ilitch family, that gives them ownership of that entire block through a series of transactions dating back to last year.

All told? The land set them back $5.796 million for a little over half an acre.

I emailed a spokesperson for the Ilitch family’s Olympia Development of Michigan seeking comment Tuesday morning.

Also in this space back in late October, I told you about the woes the owner of the James Burgess Book Jr. mansion on East Jefferson at Burns was facing.

Namely, foreclosure on the stately property after falling behind on a $1.245 million mortgage from Birmingham-based Soaring Pine Capital Real Estate and Debt Fund II, which foreclosed and was the highest bidder at a July sheriff’s auction for $937,006.

Yesterday, the 1911 Louis Kamper-designed property popped up on Zillow for sale.