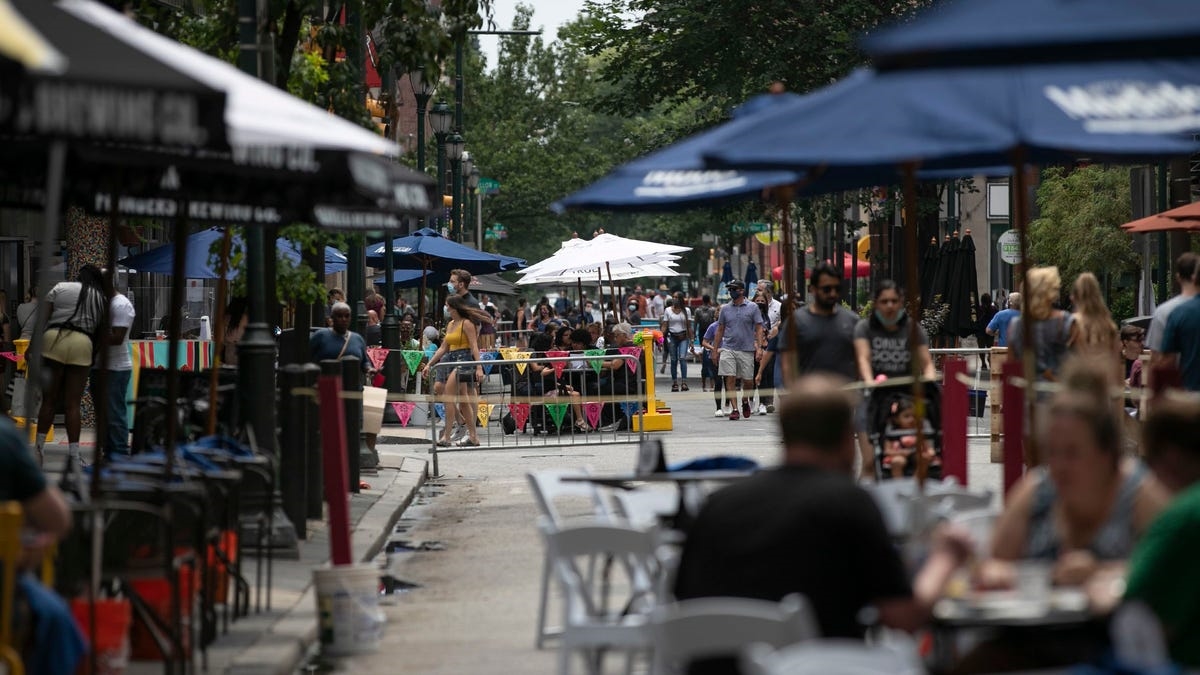 HARRISBURG — Applications open next month for $145 million in state grants for small hospitality businesses, with a significant change by lawmakers intended to ensure the money is more accessible to low-income and minority owners shut out from some relief last year.

But assessing whether it’s a success will be difficult, as the legislature failed to give the Wolf administration the authority to collect data on race or ethnicity from applicants.

Since the start of the pandemic a year ago, the state has rushed to deliver aid to a variety of sectors of the economy damaged by the economic ripple effects of the coronavirus. But in that haste, the earliest effort catered mostly to white business owners, a previous Spotlight PA review found.

Officials have acknowledged that shortcoming, and have since taken steps to fix it. A second round of funding last summer set aside half of the money for businesses owned by people of color.

Now, a new COVID-19 Hospitality Industry Recovery Program is giving counties the option to tap into a state network of small business lenders that focus on communities often neglected by mainstream financial institutions.

The first business relief program relied on a different network of economic development groups. Now, counties can take their pick between the two, or use both.

The loan fund is one of the state’s Community Development Financial Institutions, some of which will now help administer the program. CDFIs have strong relationships with small and minority-owned businesses, and a deep understanding of the challenges they face in getting government assistance.

Hotels, bars, restaurants, and other businesses in the hospitality industry can apply for grants from the new program. Applicants must have no more than 300 employees and a net worth of less than $15 million. Priority will go to businesses that haven’t yet received state or federal aid, had to close as a result of Gov. Tom Wolf’s coronavirus mitigation orders, or can show a 50% loss of income after March 2020.

In the scramble for coronavirus relief, the smallest and most vulnerable businesses have often been left behind.

White-owned businesses reported a 60% success rate when applying for Paycheck Protection Loans, the federal government’s primary business relief program, compared to 29% for Black-owned businesses, according to a survey by a Washington, D.C. consulting firm last winter. Asian, Black, and Hispanic business owners were also more likely than their white counterparts to believe they were not eligible for the program, the survey found.

The gap for Pennsylvania’s first relief program for small businesses, offering $61 million in low-interest loans, was just as stark. The program was announced last March, as the state scrambled to help small businesses reeling from coronavirus shutdowns as quickly as possible. Owners could only apply through state-certified, local economic development organizations. All the money was accounted for in six frantic days. Of nearly 900 applications, only 5% came from people of color.

“There were some areas of the state we were not getting to and the reach to diverse businesses was not as strong as we had hoped,” said Carol Kilko, deputy secretary for business finance and workforce development at the Department of Community and Economic Development.

The department promised to do better with a $225 million grant program last summer overseen by the CDFI network and targeted toward business owners of color, acknowledging that they face “historic systemic barriers” in seeking state and federal funding. Roughly half the money was set aside for them.

This time, however, there is no dedicated funding for those businesses, and it may be difficult to assess how well the money reaches them. The state law that created the program doesn’t give the department the authority to collect data on race or ethnicity from applicants, Kilko said.

“If counties choose not to collect that information, then, yes, it would be difficult for us to know,” she said.

The hospitality industry has been one of the hardest hit by the economic fallout of the pandemic. In November, 45% of restaurant operators reported that — without more federal aid — it was unlikely they would still be in business in six months, according to a survey by the Pennsylvania Restaurant and Lodging Association.

The following month, Wolf suspended indoor dining over the holidays, costing many restaurants and bars what are normally the most profitable nights of the year.

At Soulcialize Catering in Lancaster, “everything came to a screeching halt” when the pandemic hit, said owner Corey Woods. The company, which specializes in the southern-style food that Woods grew up eating at big family gatherings, had only been in business a few years. Things picked up over the summer, as some events moved outdoors; now, “it’s almost back to square one,” he said.

Woods said he applied for a federal Paycheck Protection Loan but received $1,000 — less than he had been hoping for. The most helpful aid programs, he said, “are the ones that you don’t have to jump through hurdles and sign your life away.”

Woods, who is Black, said concerns about minority business owners being left out are nothing new. “You just have to have the resolve to not let it stop you from figuring out a way to get what you need,” he said.

Early signs indicate 13 of the state’s 17 CDFIs will be involved in the new program, but only in a handful of counties, including Allegheny and Philadelphia, said Daniel Betancourt, the chair of the state’s CDFI network.

Trying to work with many more counties on a tight deadline — by law, applications must open March 15 — would have been a challenge, Betancourt said.

“We were just essentially working with the counties where we can accomplish the most impact and reach the most business owners,” he said.

Spotlight PA is an independent, non-partisan newsroom powered by The Philadelphia Inquirer in partnership with PennLive/The Patriot-News, TribLIVE/Pittsburgh Tribune-Review, and WITF Public Media. Sign up for our free newsletters.

Spotlight PA relies on funding from foundations and readers like you who are committed to accountability journalism that gets results. Become a member today at spotlightpa.org/donate.