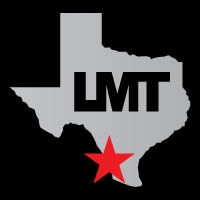 DERIDDER, La. (AP) — A mounted patrol division is being re-established in a southwest Louisiana parish to provide better service to residents, especially those living in the area’s hardest-to-reach terrain.

Beauregard Parish Sheriff Mark Herford said the seven-member team was officially unveiled earlier this month during the Beauregard Parish Fair Parade, and is already getting good feedback from the public.

“Community members, especially the kids, have reacted very positively to the unit and what they bring to our department,” Herford said.

West said he believes law enforcement on horseback helps to bridge a gap that exists between police and the youth in the community.

“I do believe that we are more approachable than perhaps traditional deputies might seem because of the horses. Just being at the parade and the fair, we must have been stopped 20 to 30 times just so kids could pet the horses and that makes a difference when before kids might have been nervous to approach a deputy,” West said.

West and the other reserve deputies have been training once a month for the past six months at the Beauregard Covered Arena to make sure their horses are acclimated to the sounds, sights and smells they will encounter in their work, The American Press reported.

“They have been using patrol units with lights and sirens on and walking all around the horses to recreate crowds and conditions so that we have the horses prepared for their job in the safest way possible. These deputies have taken their jobs very seriously, and I’m incredibly proud of their dedication,” Herford said.

The team already has proven their worth. While providing a security detail at the fair, the deputies made one of two drug arrests in the event’s parking lot.

Their true value, though, will be in search and rescue operations, Herford said.

“These deputies will be able to reach areas that are generally tough to reach even for our ATVs, and they will be less damaging to the area,” he said.

The unit will also help cost-effectively increase community services, the sheriff said. Herford said the team will operate solely on a volunteer basis, and provide services as an on-call operation with their own animals at any hour.

“I am very excited and really happy to have them back and on duty now. I really look forward to watching them develop their skills and seeing just how good they’re going to be for Beauregard Parish,” Herford said.