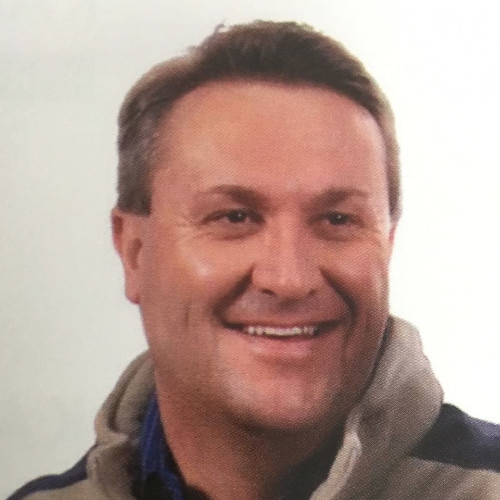 FIFI PETERS: Kaap Agri said it experienced inflation of 24.2% in its business in the past year, and this was largely due to higher fuel prices. If you take the fuel price out, that inflation number drops to 9.3%.

So let’s get the company’s take on inflation and how effective it thinks the higher interest rates that have been implemented by the South African Reserve Bank so far have been in bringing down inflation. We’ll also be looking at the company’s annual results released earlier today with the CEO, Sean Walsh.

Sean, thanks so much for your time. It’s good to catch up with you once again. I want to start off with inflation, given that the news of the day is yet another increase in the repo rate to 7%, taking the total increases in interest rates that we have seen since around November or so to 3.5% or 350 basis points. Have you seen the effect of the interest-rate increases in your business, in terms of its impact on inflation or perhaps even preventing inflation from running hotter than it currently is [at]?

SEAN WALSH: Fifi, thanks. I think where we see it in our business is that your general spend in general retail categories takes pressure, because people have to focus on their very essentials because their costs are going up owing to the interest rates. The cost of lending is going up, and they therefore have to just focus on the essentials. It could certainly also be evident in reduced economic activity in terms of travelling, etc, because the pressure on the livelihoods of families is increasing.

So I think that’s where we would see it. In our business, though, because of the agricultural focus, farmers do unfortunately have to produce, and they need the inputs even if at a higher price. Fortunately in many cases the commodity prices go up and cover those input costs, or the rand/dollar weakens slightly and it helps them cover their input costs.

FIFI PETERS: What about your wage bill? Because we’re hearing from the South African Reserve Bank that the reason why they have to be so tough on inflation right now is that there are signs out there in the economy that companies are feeling pressure on the wage bill owing to inflation and the cost-of-living crisis. Has your wage bill changed materially in the past year?

SEAN WALSH: Most certainly. You can’t give people, in an inflation environment of 6% or 7%, a Covid-related type of increase. So that is putting a squeeze on companies in that they are not necessarily seeing their margins increase, owing to the economic pressures that are being elevated by the interest-rate heights.

And therefore [with] increases averaging between 6% and 7%, most businesses’ wage bills are going to weigh heavily on their operational expenditure for the year.

FIFI PETERS: We had the RMB/BER Business Confidence Index out yesterday. It’s a respected and trusted index gauging the business mood and the business climate presently. It’s pretty bleak. Business confidence is still at bleak levels according to the index, and I’d like to know how you are feeling right now as an executive in this environment, and how you see the prospects for your company in the year ahead. Are you more confident about the future or are you [feeling] as bleak as many other business executives right now?

SEAN WALSH: I think it’s very much about your approach to business. Our outlook is that from an agricultural point of view we believe that our traditional sectors like wheat and wine will do very well. So we expect good expenditure from the farmers out of those subsectors. And we believe very strongly that the fruit sector will have a good export here, much better than last year, because the logistical challenges, as well as high shipping costs [that will dissipate] over the December period, and therefore their income levels for the next six to nine months will be better than a year ago. That would also assist us in our general retail spend, because part of our general retail spend does come from farmers and their families and friends.

And then what we are seeing is that there is a swing due to load shedding and high fuel prices to more convenience buying, and we can see our convenience retail and quick-service restaurants growing at much higher rates than inflation at the moment.

So we are ‘stable to positive’ for our outlook in the new year.

And then the last point I’d make is that I think the market needs to understand that we’ve still got nine months of large acquisitions’ earnings to analyse in the new year.

FIFI PETERS: I want to touch on that in a moment but, sticking to the comment that you have made about the supply chain and being able to get some of your stuff out, the produce out, and how things are a little better this time around – and the fact that some of the shipping costs have come down a bit – in your statement you also guide that you are seeing some kind of demand shift out there, given the pullback or the slowdown of the global economy in terms of the demand for fruit exports. I think I saw that somewhere in your statement. I’d like a comment on that in terms of the demand that you are seeing out there, with all the headlines that we are reading, with many parts of the world experiencing pressure on their growth rates.

SEAN WALSH: There’s no doubt that with the war in Ukraine and Russia certain markets for citrus and apples have diminished in terms of market access. At the same time one does see the Indonesia, Singapore, and Middle East markets increasing in terms of demand for food products.

So I think overall the farmers are quick to react to these things. They will realise what they need to do to potentially cut back a bit on production, which they can do by thinning out and then focusing on the markets which would give them the right returns.

The fruit is there and, all things being said, we still exported more citrus this year than the year before. That’s actually [in] the statistics.

So it’s just the fact that the realisation in terms of income for the farmer was lower because the supply was so high in the world, because of the war in the Ukraine and Russia, that everyone had to take lower prices on top of the higher shopping costs. So we are hoping for an averaging out and, and lower shipping costs. A slightly highly realisation will bode well for those farmers.

FIFI PETERS: Then on the new acquisition that hasn’t been with you for long, around three months officially, the PEG [Retail Holdings] which operates a number of retail fuel stations – Engen, Sasol, Total, BP, Shell and the like, the well known brands – notwithstanding that there has been pressure on fuel margins, you have guided that this business is doing well and will continue to do well.

What are the plans then in the year ahead and do you agree with the outlook from the South African Reserve Bank that the oil price will end the year at around $102/barrel? Are you able to comment on that? What are you seeing based on your interactions in that business?

SEAN WALSH: What we’re finding is that under let’s call it ‘novel circumstances’ one would would’ve thought that the oil price would go up and the demand would drop and then the oil price would come back down again. The reverse, frankly, is probably correct, in saying that certain oil reserves are having to be switched off because of the war, and that would lead to an undersupply situation again, therefore keeping the prices probably higher for longer. I don’t disagree with the Reserve Bank in terms of their view. I think the range is anything from $75/barrel to $105/barrel for the year. So they are indicating a higher side of the range.

The PEG business that we acquired has been in our billings for only three months. In the three months they performed as per expectation. Our outlook for them for the new year is probably on par with that of the past year. And if that’s the case it would be more favourable than the metrics we used for the transaction – which bodes well for increased earnings on our side in the new year. It’s a big business. In a year it pumps 300 million litres and its convenience and retail plan next year is to do around 1.3 billion [litres].

What we’re finding is that the retail and convenience contributes more than 50% of the gross profits for that business. That part of the business in PEG is growing at 14%.

So we are of the view that there has been a change in buying patterns. Maybe because of load shedding people are buying food on their way home at our convenience stores.

FIFI PETERS: Yes, because they can’t cook at home because there’s no power.

Sir, thanks so much for your time, giving us insights into your company and your outlook for the rest of the year. Sean Welsh is the CEO at Kaap Agri.

So we are ‘stable to positive’ for our outlook in the new year.