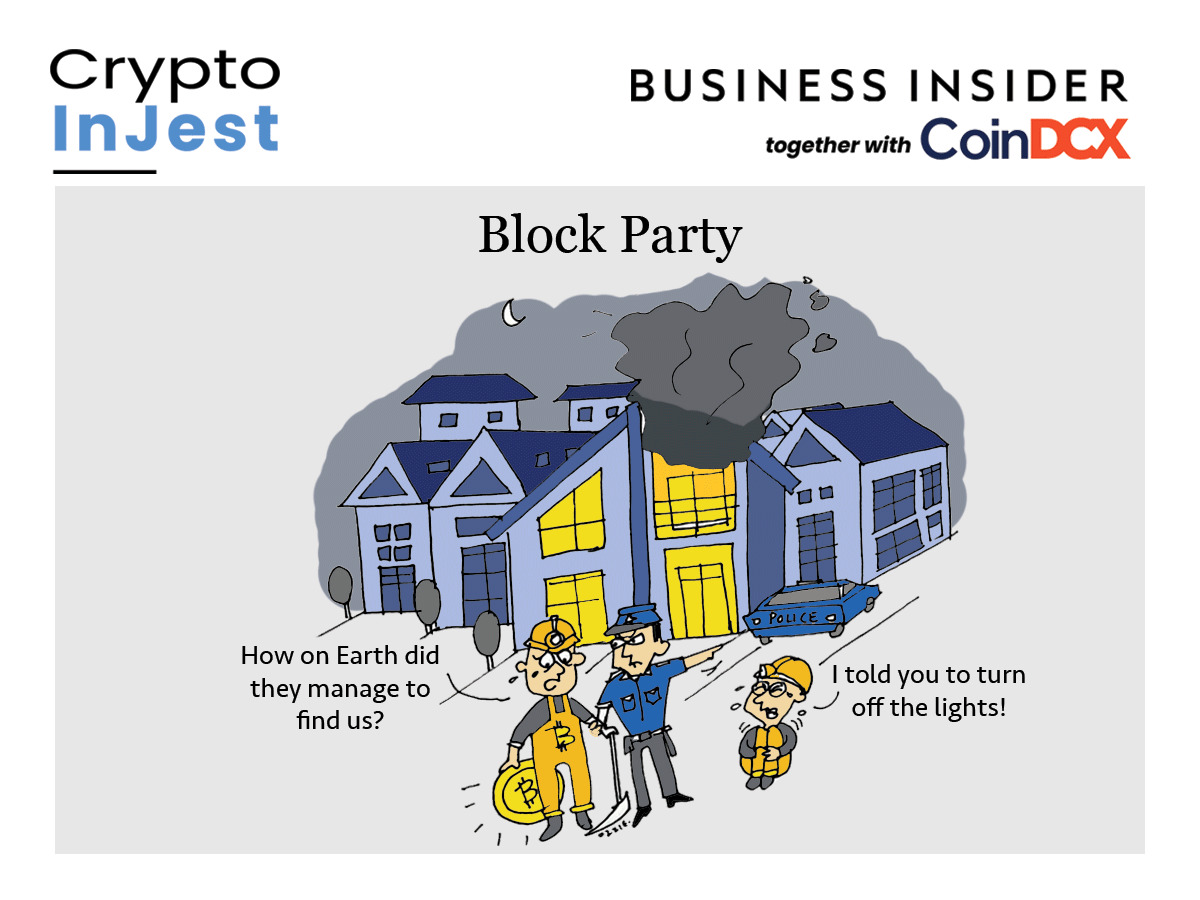 Regular mining and mining for cryptocurrencies may not be the same thing, but they do have something in common — illegal mining of both takes a toll on the environment, the economy, public order and governance.

In Venezuela, which also has a history of illegal mining for gold, the government seized more than 100 miners from an underground Bitcoin mining operation this month. According to local media, the authorities were able to track down the perpetrators because of the toll they were taking on the power grid, the National Electric System (NES).

Similar incidents have come to light in Iran, Malaysia, the UK, and other countries around the world. Kazakhstan, which saw an influx of crypto miners after China’s ban, is also mulling over introducing regulations to separate the crypto miners from other power users.

The Asian Dragon’s ban has also resulted in the US becoming the top destination for Bitcoin miners, according to the Cambridge Bitcoin Electricity Consumption Index (CBEC). As of September 2021, Bitcoin miners in the US accounted for one-third of the cryptocurrency’s hashrate — the amount of computational power going into mining for Bitcoin. 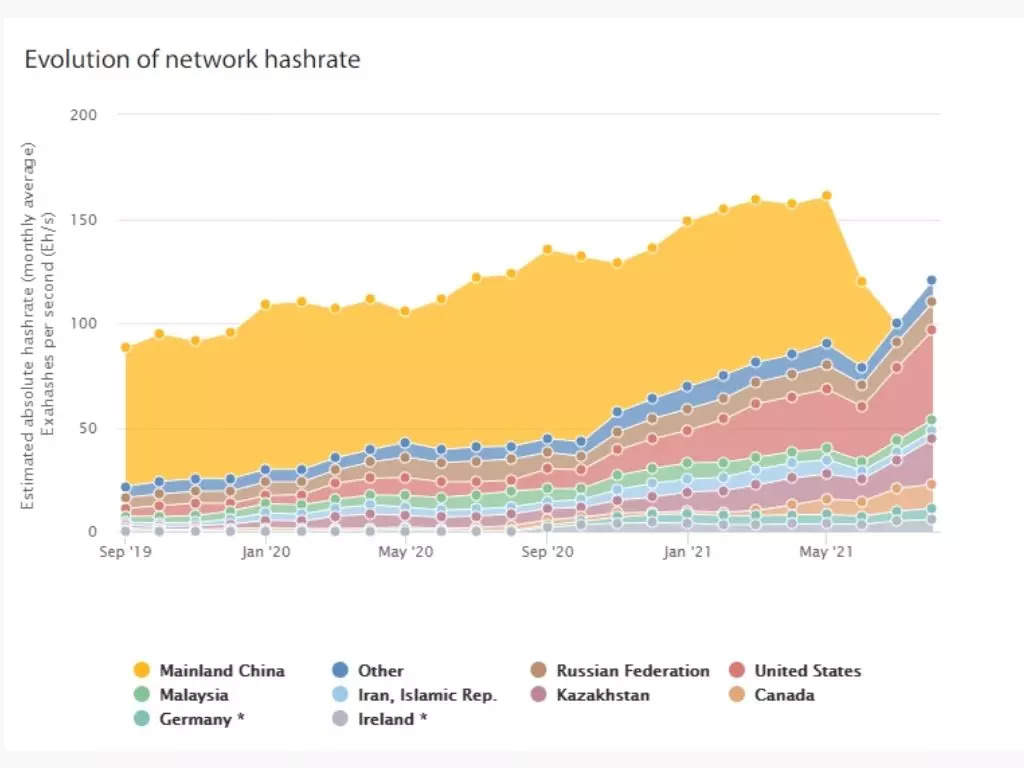 Just as illegal mining for precious metals increased as prices rose — the same can be seen in the crypto universe too. In most cases higher prices attract more miners and more miners means a higher demand with the same supply, which in turn, leads to an increase in prices as the cycle continues.

industry competes on low margins. And, the biggest variable in running a profitable operation is the cost of electricity. This is why countries seeing a large amount of cryptocurrency mining are the same ones that offer electricity at cheap rates. In most places, this is because the rates are subsidised to keep power affordable.

Venezuela, for instance, introduced new regulation to make cryptocurrency mining legal in September this year. However, one month later, the country’s Minister of Habitat and Housing, announced that the government is banning mining operations in any low-income neighborhoods that have subsidised electrical costs.

Kazakhstan, another country with cheap electricity prices, is tracking down ‘grey’ or illegal miners to weed them out from the ‘white’ or permitted miners.

While the President, Kassym-Jomart Tokayev, seems to have no qualms about cryptocurrency miners, it was earlier reported by Eurasianet that the country’s national grid is rationing electricity and targeting cryptocurrency mining farms in the process due to their high power consumption.

The question of demand and supply

In Iran, where the supply of electricity seasonally falls short of demand due to extreme temperatures during winter and summer, illegal cryptocurrency mining has only made matters worse.

Just like in Venezuela, miners can get permits for crypto mining from the government in Iran. However, illegal mining operations continue to thrive — including one in the basement of the Tehran Stock Exchange.

Iran had banned cryptocurrency mining for four months during the summer because of the toll on the power grids. After getting the green light to restart operations again in October, the state electricity company has warned that the threat from illegal cryptocurrency mining is not yet over. It expects that clandestine cryptocurrency mining will account for at least 10% of power outages this winter, according to a statement published by the official government news agency IRNA. 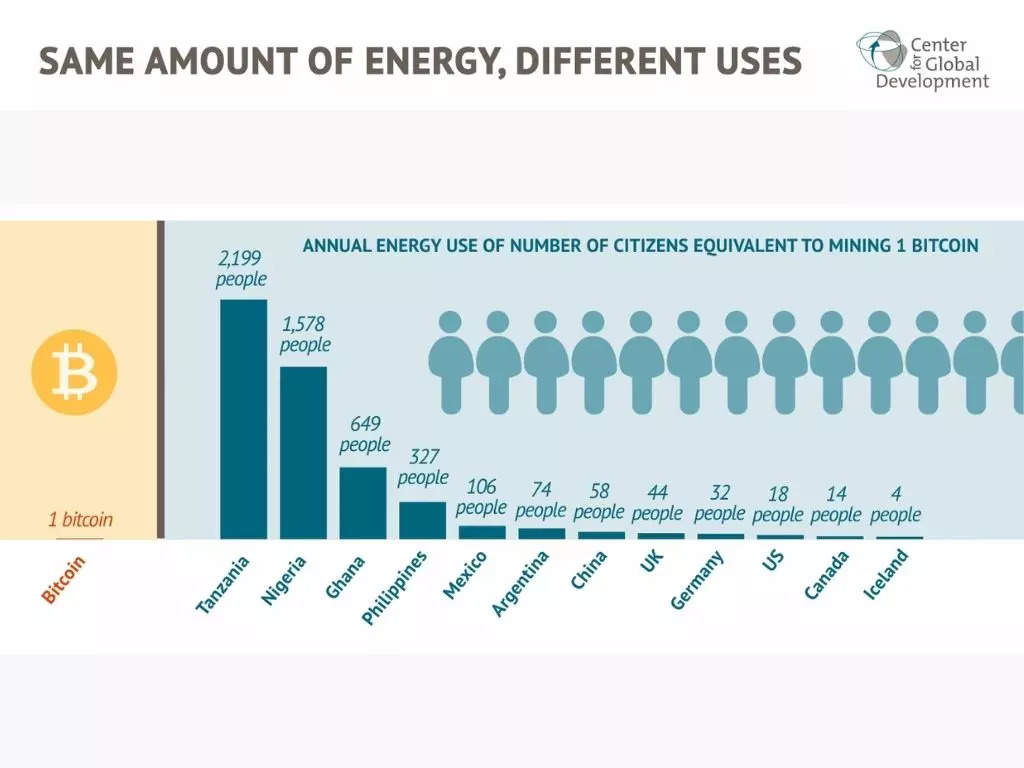 The production of just one bitcoin consumes as much energy as 18 Americans or more than 1,500 Nigerians per yearCGDEV

With the US fast becoming a hub for cryptocurrency mining, the states of Texas and Washington are in high demand with the lower electricity rates in the country. While a huge chunk of their power generation is done using renewable resources, thus reducing the toll on the environment, concerns remain over supply and demand in the world’s largest economy as well.

Texas, for instance, was a victim of a huge power outage crisis earlier this year. In February, more than 10 million people within the state were left without any electricity amid freezing temperatures resulting in the death of at least 111 people.

And, with more Bitcoin miners coming on board, experts are vary that only only will the prices of electricity increase as a result, but winter shortages could worsen.

The more people there are mining for Bitcoin, the more difficult its algorithms are going to become to solve, which means validating transactions — or mining — will lead to the consumption of even more power. It’s one of the primary reasons why Ethereum, the second largest cryptocurrency in the market, is currently moving to the proof-of-stake (PoS) consensus method rather than proof-of-work (PoW). The shift, dubbed as Ethereum 2.0, is expected to reduce mining for Ether (ETH) by 99%.

SEE ALSO:
Another bizarre CryptoPunks’ sale in the last seven days — this time for an unreasonably cheap price

Bid for Amitabh Bachchan’s NFT collection hits $520,000 — all time high for an NFT in India on day one