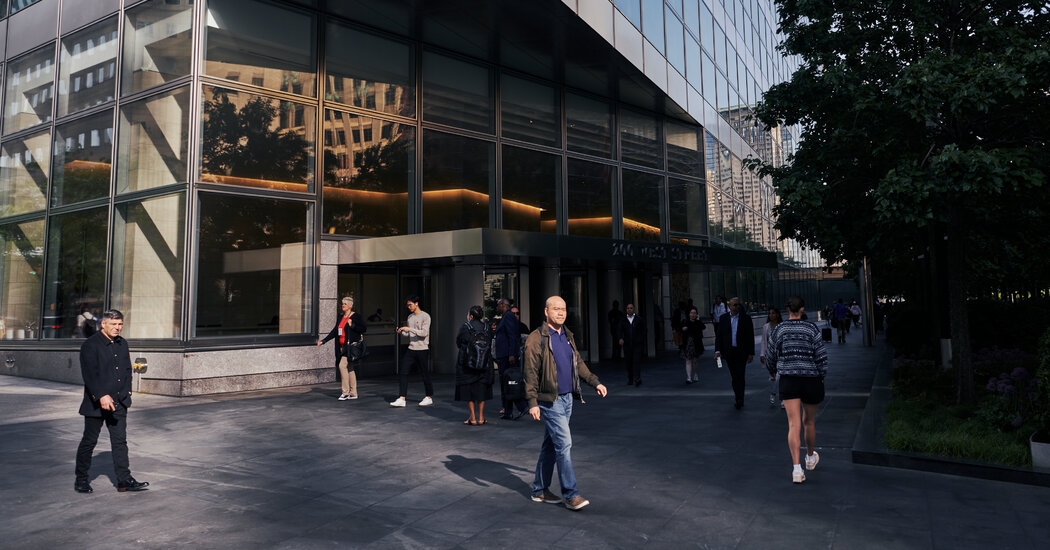 The Wall Street giant’s earnings fell by nearly 70 percent in its latest quarter, a steeper decline than its peers, as it set aside more money to cover sour loans.

Goldman Sachs, long the most envied firm on Wall Street, has stumbled into the New Year.

Just how big of a pratfall became clearer on Tuesday, when the bank reported a dismal performance during the final quarter of 2022, and its stock tumbled more than 6 percent. Goldman said that it made significantly less money in the fourth quarter of 2022 than analysts expected — $1.3 billion, down nearly 70 percent from the same period a year earlier, a steeper fall than its rivals.

The bank had been previewing its misfortunes for a while. Last week, Goldman said it would lay off 3,200 employees, its heaviest staff cuts since the financial crisis of 2008. It also laid out the billions in losses it has made during an ill-fated push into consumer banking, where its efforts to woo ordinary American savers backfired.

During a call with analysts on Tuesday, Goldman’s chief executive, David M. Solomon, said that the bank had made missteps and tried to do too much. Mr. Solomon warned that there was still more bad news to come, including costs related to the recent job cuts.

“Everything has not gone perfectly,” Mr. Solomon said.

The frank talk was, if anything, an understatement. Since taking over the top job in 2018, Mr. Solomon has sought to reorganize the bank and slim down its business. But those changes have resulted in high executive turnover and complaints about the chief executive’s leadership, risking both his and the firm’s reputations.

Many analysts, who peppered Goldman executives with questions about their turnaround plans during the call, professed concern with the bank’s trajectory.

“They bit off more than they could chew,” said Devin Ryan, an analyst at JMP Securities. “There’s a little bit of an ‘I’m sorry’ tour going on.”

It isn’t helping Goldman that its bread-and-butter business of investment banking — buying and selling stocks, bonds and other financial products for big clients, and advising companies on mergers — was hit hard by a souring economy and falling markets in 2022. The bank makes hefty fees off those services, and few observers expect the area to bounce back quickly this year.

Still, what is particularly embarrassing for Goldman is that many of its rivals face the same market headwinds, but appear to managing them with more fortitude. Morgan Stanley, which also published earnings Tuesday, reported more than $2 billion in profit for the fourth quarter, a 40 percent decline from the previous year but ahead of analyst expectations. Morgan Stanley’s stock rose nearly 6 percent.

Many of Goldman’s competitors rely on other business lines, like the relatively staid Main Street lending or credit-card operations. For six years, Goldman has tried to winnow its way into those areas, with mostly disastrous results. While the company gave its consumer-focused unit plenty in marketing resources and a kindly new name, Marcus, after one of the firm’s founders, it turned out that small-time customers had limited interest in transacting with the Wall Street giant — and those that did were hardly the strongest of borrowers.

Goldman has lost well over $3 billion on its consumer misadventures since 2019. Many of Marcus’s original managers have left and ambitions to expand into checking accounts, among other areas, have been clipped. Goldman had $15 billion in loans outstanding at the end of the year in its consumer-focused unit.

On Tuesday, Goldman said that it set aside nearly $1 billion to cover future loan losses, money it set aside partly to make up for consumer debts that Goldman has essentially given up trying to collect on.

Questions linger about whether the worst has passed for Goldman.

With 48,500 staffers, 600 fewer workers at the end of the fourth quarter than at the end of the third, the bank it hasn’t yet laid out the full impact of the layoffs it undertook this month. When analysts asked Goldman executives how heavily severance would weigh on the bank, they said only that those costs will be reflected in the bank’s next earnings report.