GME Stock After Earnings: It’s All Up To The Apes 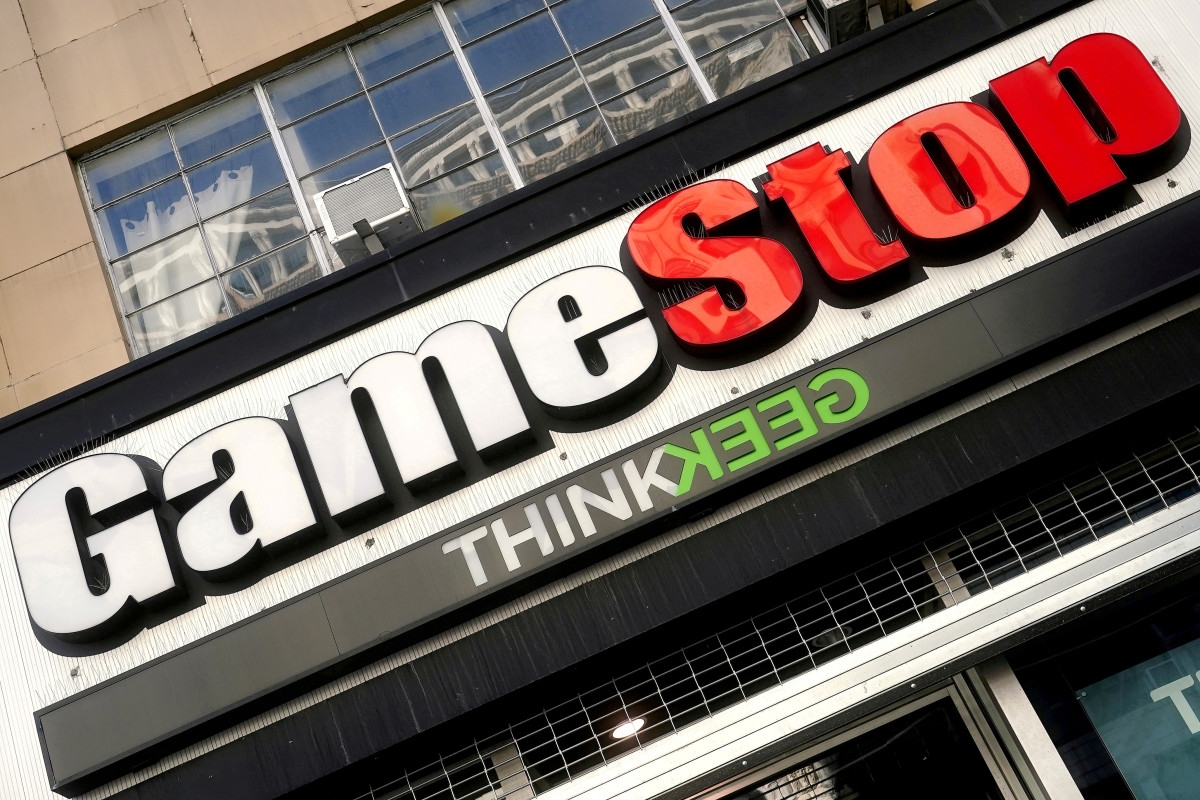 Today, Wall Street Memes looks at the highlights of the quarter. We then explain why, following an earnings report that was short of impressive, hopes for a spike in GME shares will likely depend more on its retail investors’ (a.k.a. apes’) resolve than on business fundamentals.

Figure 1: GME Stock After Earnings: It’s All Up To The Apes

The headline numbers may not have been disastrous, particularly in the top line. Revenues of $2.25 billion grew year-over-year by a modest 6% that was better than the 4% consensus.

Interestingly, sales were higher now than in Q4 of 2019, months before the start of the COVID-19 crisis. At the company’s worst moment, revenues had declined 34% in early 2021.

The management team credited, in part, GameStop’s partnerships with gaming PC makers for decent Q4 sales. Still, and despite the earlier innings of the current console upgrade cycle, most of the YOY growth came from the retailer’s smaller software and collectible segments.

The big disappointment in the holiday quarter came in the form of sharp net losses, when a moderate gain was expected instead. Non-GAAP EPS of -$1.86 (negative) fell way short of consensus profit (positive) of $0.84 per share.

Part of the problem seems to lie in a gross margin of 16.8% that was significantly worse than the 21.1% posted in the comparable 2020 holiday quarter. While the management team did not elaborate on the press release, it is likely that inflation, supply chain disruptions and inventory management played a role here.

Then, there were the earnings headwinds caused by a sharp increase of 28% in adjusted SG&A. These higher op costs were likely a consequence of investments in growth.

Outside the P&L, cash flow from operations came in negative once again. $132 million in negative FCF in Q4 was on par with the cash burn of the other quarters in 2021. GameStop was able to protect its cash balance by issuing a whopping $1.67 billion in equity last year.

It’s all up to the apes now

It is no secret that GameStop stock has not traded on business fundamentals lately — since late 2020, I would argue. This is good news for investors, since the company has not been able to post encouraging results prior to, during, and (so far) even following the pandemic.

To be fair, GameStop has been exploring growth initiatives that could finally turn the tides around: from its NFT marketplace to plans on Web 3.0 and blockchain. Meanwhile, the number of PowerUp Rewards Pro members continues to grow at a healthy 30%-plus pace.

But in my view, it is hard to feel very good about how the gaming retailer has been performing.

Therefore, I believe that the bullish case on GME will, more than ever, rely on the resolve of the “ape community” and retail investors’ willingness to stick to the story. Yes, revenue growth is lackluster, and mounting losses are expected through the end of this year at least.

But maybe none of it will matter if enough demand for the stock continues to exist, driven by unshaken HODLer optimism that the path that takes GME stock “to the moon” has yet to be carved out.

(Disclaimers: this is not investment advice. The author may be long one or more stocks mentioned in this report. Also, the article may contain affiliate links. These partnerships do not influence editorial content. Thanks for supporting Wall Street Memes)

The headline numbers may not have been disastrous, particularly in the top line. Revenues of $2.25 billion grew year-over-year by a modest 6% that was better than the 4% consensus.