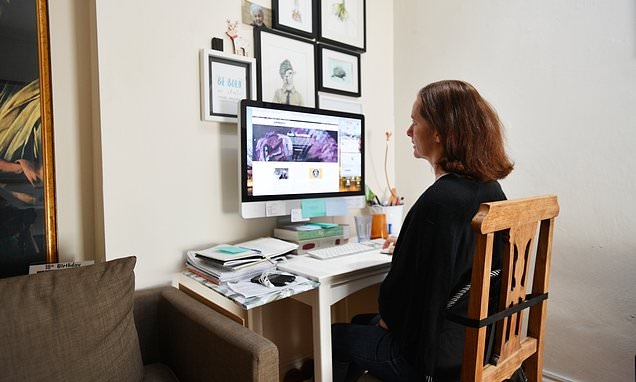 British workers ‘are the worst in Europe’ for getting back to office, new figures show – despite ministers’ efforts

British workers are the worst in Europe for refusing to return to the office – despite efforts by Ministers and business leaders to end the country’s working-from- home culture.

New figures show the UK has the lowest number of employees travelling to work out of the ‘big five’ European economies, with fewer commuters than Spain, France, Italy and Germany.

The latest Google mobility data, which uses anonymous data from products such as Google Maps, showed commuter numbers in the UK were still 35 per cent below pre-pandemic levels.

This is a stark difference compared with the other ‘big five’ economies, although all countries have seen a decline in commuters compared with January 2020.

New figures show the UK has the lowest number of employees travelling to work out of the ‘big five’ European economies (pictured, stock image)

Italian workers are the most zealous office attendees, boasting just a 19 per cent decline in people travelling to work compared with pre-pandemic levels

Germany followed with a 22 per cent drop in commuters, ahead of Spain, with a 24 per cent drop, and France, where the commuter decline is 27 per cent.

Jane Parry, associate professor in work and employment at the University of Southampton, said long commutes and a poor transport network could explain why the UK is lagging behind.

‘The UK has relatively lengthy commuting patterns, around 46 minutes a day – the longest in Europe according to a recent survey,’ she told The Mail on Sunday.

‘The geographies of many UK cities, served by poorly-ventilated public transport, also might have caused a lag in employers compelling people to return to the office,’ she added.

The latest data shows the UK is worse than US and Ireland for working at home, where commuting in both countries is 29 per cent less than pre-pandemic levels.

The UK is also far worse than Australia, where just seven per cent less workers travel to work, but better than Norway, where commuting is 59 per cent less than in February 2020.

A drive to get British workers back to their desks was launched in April by Efficiency Minister Jacob Rees-Mogg, who told civil servants to return to the office or face the sack. However, Whitehall departments were still more than a third empty in early July.

Responding to last week’s figures, Mr Rees-Mogg said: ‘It’s a matter of serious concern that working from home is less productive than working in the office and the UK has a long-standing productivity problem which working from home is not going to cure. Ambitious, striving people who want to succeed will be going into their offices.’

Big firms such as the accountant PwC have embraced home working despite entrepreneurs including Lord Sugar lamenting the ‘catastrophic effect’ on business.

‘It’s time for everyone to get off their backsides – and their Pelotons – and get back to work,’ he wrote in the Daily Mail in May.

But The MoS can reveal that many young employees who continue to work at home are often operating from their beds or sofas. A recent survey of 2,000 British workers aged 18 to 41 – the so-called Millennials and Generation Z – was commissioned by Samsung and carried out by the marketing company OnePoll. The research found that 32 per cent of respondents sit on a sofa to do their work and 30 per cent work from bed.

Just under 40 per cent said they felt less productive now compared to when they first started working from home, and 38 per cent said that although initially excited to work from home they were now bored with it.

The figures appear to confirm fears that employees struggle to work as well from home.

In May Prime Minister Boris Johnson demanded the end of remote working to ‘drive up productivity’ and boost city centres.

‘My experience of working from home is you spend an awful lot of time making another cup of coffee and then, you know, getting up, walking very slowly to the fridge, hacking off a small piece of cheese, then walking very slowly back to your laptop and then forgetting what it was you’re doing,’ he said in an interview with the Daily Mail.