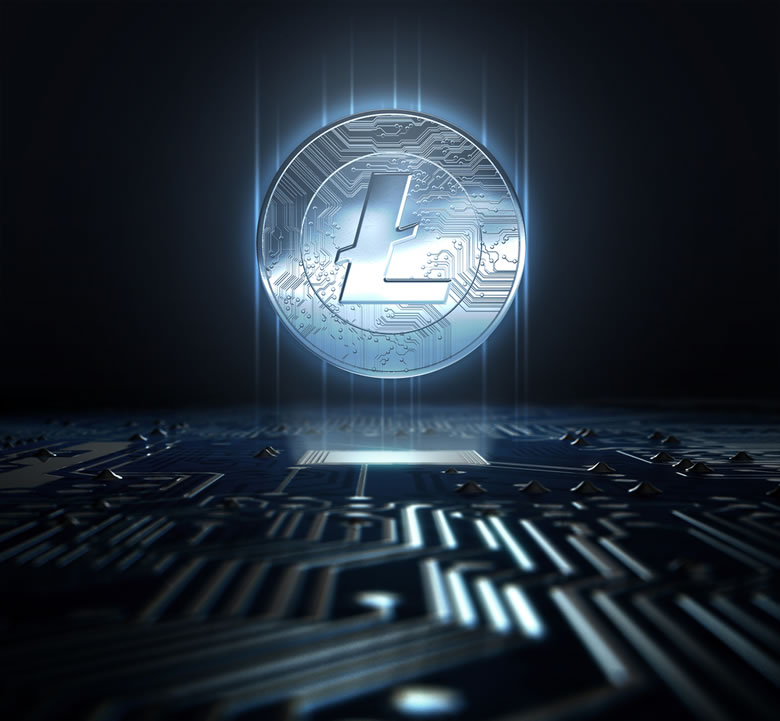 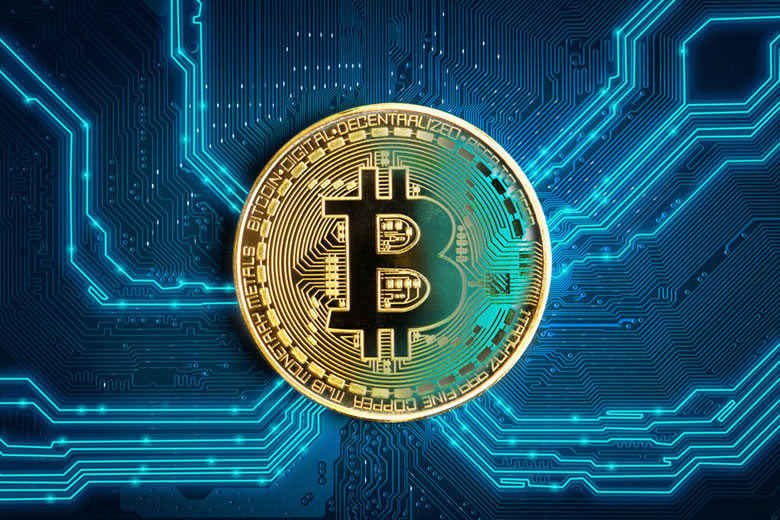 /PRNewswire/ — The demand for furniture is anything but falling, and the market is developing dynamically despite the pandemic. It is, however, problematic to… In the long-run, does consistent market timing really matter to be a successful investor? If the waiver wire can’t help you replace injured Fantasy stars, maybe a smart trade can. Texas collected 6.1% less in sales tax in September than a year earlier, Comptroller Glenn Hegar said Thursday. Retail trade was a rare bright spot. The…

WARSAW, Oct. 1, 2020 /PRNewswire/ — The demand for furniture is anything but falling, and the market is developing dynamically despite the pandemic. It is, however, problematic to maintain liquidity and supply chains – especially in the field of the trade with Asia. It is therefore a good idea to look for alternative suppliers and new markets. Products from Poland present a tempting offer for the United States and a great opportunity to see them is at the Polish showroom which will be open for visiting at High Point Market in the upcoming October edition.

The potential of the Polish furniture market is best evidenced by the following numbers: 6th place in the world in 2019 in terms of furniture production value, and 2 place in the world (and 1st place in Europe) in terms of furniture export value. This proves that Poland is one of the biggest players on the international furniture market. Compared to other European countries, such as Italy, Germany or France, which are better known in the United States, Polish companies offer an attractive price combined with high quality products and excellent design.

In the context of large turmoil in global supply chains, Polish furniture companies are also reliable trading partners who provide various products, including those particularly valued on the American market: RTA casegoods, solid wood and veneer assembled case goods, stationary and motion upholstery with sofa-bed and high-end design pieces. Polish furniture companies also successfully meet the expectations of American contractors, an excellent example of which is the European Smart Design from Poland project – an initiative of the Polish Chamber of Commerce of Furniture Manufacturers co-financed by the Polish National Foundation. It aims to integrate the Polish furniture industry and promote it on foreign markets, culminating with the launch of a joint Polish showroom during the largest furniture industry fair in the USA – High Point Market.

The European Smart Design from Poland project brings together seven leading Polish furniture companies: Benix, Black Red White, Gala Collezione, Raw, Szynaka Meble, Vzór and Zięta Studio. The Polish showroom will be open to visitors during the High Point Market from October 13 to 21, 2020, in 220 Elm, space #204. More information about the joint project of Polish furniture companies can be found at: http://pl.furniture/media/. 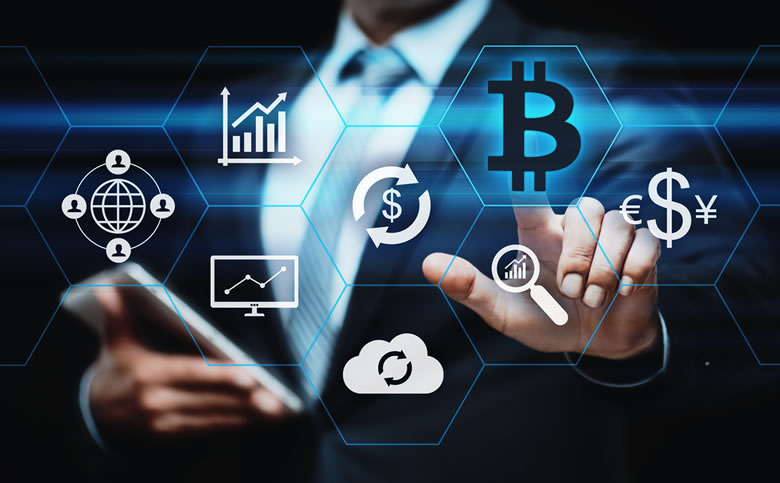 Being that unique investor who has the power to constantly time the market and continually make a profit is the dream for most traders and investors.

Indeed, even among the individuals who don’t seek to be the ideal market timer, many feel they can call a top and act in accordance. It is these tendencies that make investors sit on the sidelines and hang tight for a better chance to put money into the market.

Anxiety and eagerness regularly lead investors into psychological traps because most investors take cues from past market moves and trends instead of attempting to anticipate potential market moves.

Accomplished market timing requires three key components: 1) A dependable sign of when to get in and out of stocks. 2) The capacity to act upon signals quickly and accurately. 3) Have the stomach to act on market signals, no matter how counterintuitive the move may be.

The popular image of market timing is that it calls for making drastic, all-or-nothing moves at the precise, exact market top or bottom. There is a less well-known, rather simple market timing approach that has been used successfully by savvy investors like Warren Buffet for decades.

Rule 1: Why trying to time the tops and bottoms of the market is a dead end.

Abandoning the goal to time the tops and bottoms precisely gives you the flexibility to profit, thereby increasing your chances to lock in built-up profits even if your calls aren’t exactly right.

Rule 2: Don’t sell during minor crashes – instead, have the patience to weather the storm, or even better, milk the opportunity to buy low.

Warren Buffett has made a great part of his fortune due to this simple rule. He warns not to sell during small crashes, and weather the storm by focusing on the long term.

There is a noteworthy distinction between a complete market meltdown and a common 10% market correction. If the companies you own are established and successful, they are likely to return to their pre – crash price before long, making holding on the wisest decision. Warren Buffett takes this thought a notch higher and frequently goes on a buying binge when markets turn, purchasing additional shares of his favorite stocks at a major markdown and tuning in to his own recommendation of being greedy when others are scared, and being scared when others are greedy.

When It Comes to Trading Your Retirement, A Risk Adjusted Trading Strategy Should be Followed

It’s just human that many surrender to emotions and attempt and game the framework by timing the market. But consider this: Nobel Laureate William Sharpe found in 1975 that a market timer would have to be accurate 74% of the time to beat a passive portfolio. Even a slight outperformance probably wouldn’t be worth the energy – and given that even the experts generally fail at it, market timing shouldn’t be your exclusive investing strategy of choice, especially using assets earmarked for your retirement.

If you’d like to learn how to ‘super-charge’ your retirement assets, get our free report:

Will You Retire as a Multi-Millionaire? 7 Things You Can Do Now. 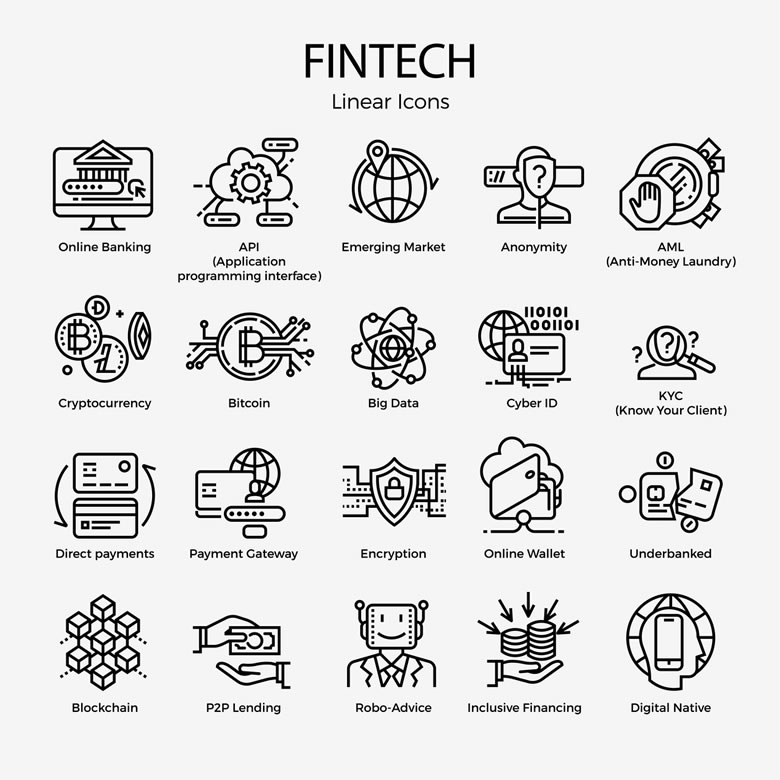 What is the Trade Values Chart? Since its creation in 2011, CBS Sports has been the home of the original Fantasy Football Trade Values Chart, designed to help guide you in making fair trades in your non-PPR, PPR and SuperFlex/2QB leagues. Values are determined by expected future performance, future schedule and public sentiment, not past performance.

The values assigned to the players below are a long-term measurement of their Fantasy value. By adding two players’ values you could determine what one player you should be able to get in return. However, Fantasy managers should take off 20% of the value in any trade where one side has two or more players than the other.

This list also works as a “Rest of Season” rankings. Also, any player not on the chart should be considered valued at no more than four points.

The FFT crew breaks down who would be the No. 1 pick right now, buy-low, sell-high options and lots more on Tuesday’s Football Today podcast. Follow all of our podcasts and subscribe here.

So who should you start and sit this week? And which surprising quarterback could lead you to victory? Visit SportsLine now to get Week 4 rankings for every position, plus see which QB is going to come out of nowhere to crack the top 10, all from the model that out-performed experts big-time last season. 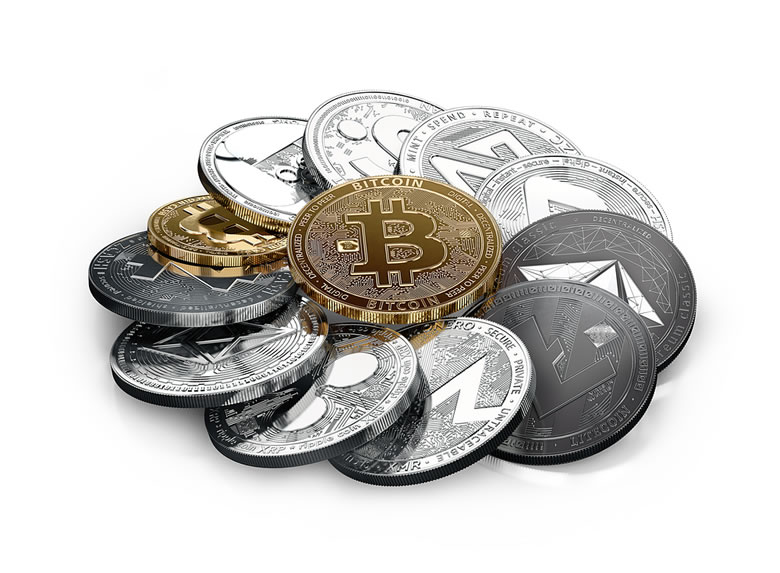 Updated at 4:19 p.m.: to include additional economic data gathered by Hegar’s office.

Retail trade was a rare bright spot, he said.

The state’s oil and gas sector, though, continued to get hammered. So did all other major sectors except for retail.

A pre-pandemic bolstering of sales-tax collections on e-commerce has helped offset what would otherwise be even bigger setbacks to the state’s revenue workhorse, Hegar said.

“The COVID-19 pandemic and low price of crude oil continue to weigh on the Texas economy and sales tax revenue,” he said in a written statement.

In July, Hegar announced that what had been expected to be a nearly $3 billion positive end balance in general-purpose revenue for this cycle instead would be at least a $4.6 billion shortfall.

Last week, in his office’s publication “Fiscal Notes,” Hegar explained why prospects for state budget writers when the Legislature meets next year could get better — or even worse.

“COVID-19 is not disappearing,” he said. “We’re going to have to learn how to strike a balance between keeping people safe and allowing the economy to slowly open up. We have to recognize the new norm.”

But “human behavior” is hard to forecast, he said.

“Even when restrictions are lifted or loosened, when will people feel safe going to the movies again? When will they feel comfortable packing into stadiums or attending conferences and conventions? It’s difficult to predict how consumers will respond in the aftermath of such unprecedented events.”

Nationally, movie box office receipts dropped to $13.1 million for the week of Sept. 18-24, down from the $30 million gross in the week of Sept. 4-10, which was buoyed by the opening of Tenet over Labor Day weekend, according to BoxOfficeMojo.com. In January, movie theaters’ weekly average haul was $72.5 million.

In tourism, the pandemic continues to depress — there are only about one-third of the domestic air travelers there used to be. Since early April, when U.S. hotels’ occupancy rate dropped to 21%, they’ve clawed back some of the lost business. But for the week ending Sept. 19, occupancy was only 48.6%, according to STR.com.

In September, Texas’ receipts from hotel occupancy taxes declined by 36.9% from a year earlier.

Almost as bad were the decreases in revenue from alcoholic beverage taxes, which fell by 33.7% from September 2019; oil production tax, by 31.9%; and natural gas production tax, by 28.1%. Receipts from motor fuels taxes dipped 9.7% from a year earlier.

A change in federal law that took effect in July, which bars the state from collecting sales tax on internet access service, hurt receipts from the state’s 6-1/4-percent sales tax, Hegar said.

The bright spots in sales tax included Texans’ new, pandemic-driven focus on remodeling their homes and getting outdoors for exercise and recreation in places safe from the virus, he said.

“While tax receipts grew from some lines of retail business, especially those related to home improvements and outdoor recreation, most of the increase from retail trade was due to remittances from online out-of-state vendors and marketplace providers who did not collect Texas tax a year ago, but which are now required to collect and remit Texas tax following the Wayfair decision and subsequent legislation passed last session.”

The pandemic has altered consumers’ behavior, with “generally increased receipts from big box retailers and declines from department stores, apparel stores and other mall and strip center specialty retailers,” he said. “Receipts from restaurants also remain significantly below pre-pandemic levels.”

In Dallas last Friday, seated diners at restaurants using the Open Table reservations app were down by 28% compared with the Friday of the same week last year. Statewide, the decline was 22%.

Across Texas, hours worked by hourly employees on Sept. 23 decreased by 25.2% from the same day of the week of a week in January, according to Homebase, which sells scheduling software to thousands of retailers, restaurateurs and other employers. For Dallas, for the latest date Homebase has made available – Aug. 28 – hours worked were off by 19% from January. 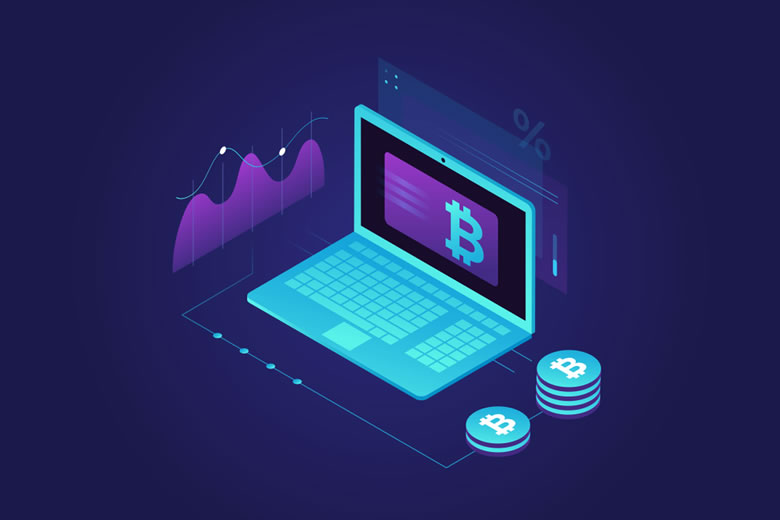 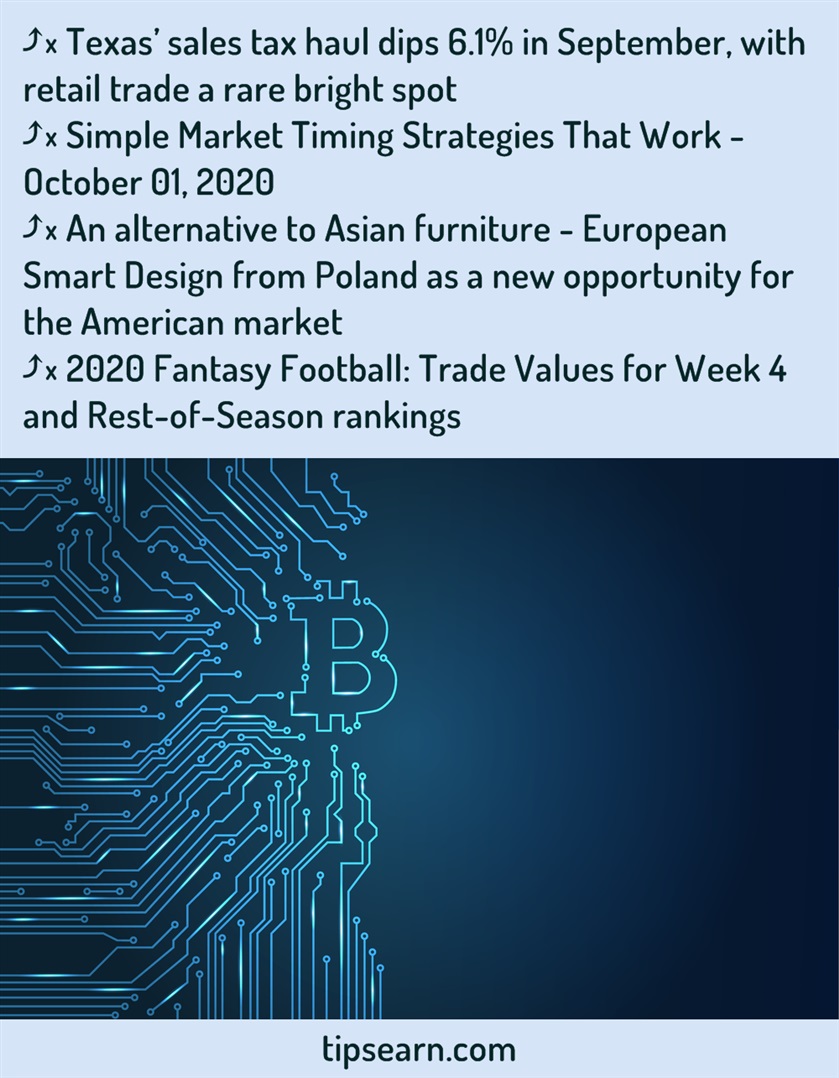